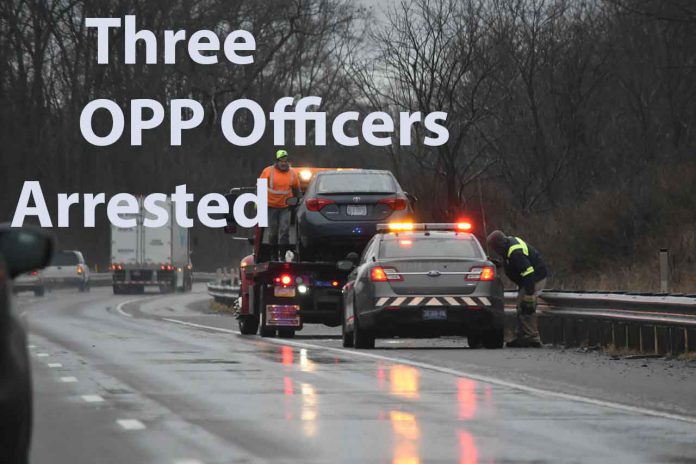 Ontario’s towing industry is under investigation. The province starting last June began to look at how the industry works, and look into practices of the towing industry following complaints.

“The party’s over for the bad actors who are engaged in violence and criminal activity in the towing industry. We’re going to keep working with our police partners to bring these criminals to justice,” said Premier Ford. “Setting up this task force will help us bring together experts to develop ways to better protect drivers, operators and inspectors.”

The task force will review a number of topics related to the towing industry, which could include provincial oversight of safety, consumer protection, improved industry standards, training and background checks.

“Most tow truck operators in Ontario are responsible and play a critical role in keeping our roadways safe. However, like all people of Ontario, our government is concerned about the recent reported incidents of violence in the towing industry,” said Minister Mulroney. “We are committed to ensuring a higher standard for the tow truck industry and are looking at ways to provide greater oversight of the industry to keep our roads and highways among the safest in North America.”

“When Ontarians are stranded on the side of the road, they need to know their calls will be answered by towing service providers who act safely, ethically and within the law,” said Solicitor General Jones. “The task force will help us determine tougher standards for the industry as part of our government’s commitment to build safer communities.”

OPP Investigation Goes Back to 2019

OPP starting, in February 2019, their investigation led by the OPP Professional Standards Unit (PSU) after they received an internal complaint alleging members of the OPP Highway Safety Division (HSD) were providing preferential treatment to tow operators within the Greater Toronto Area.

In October 2019, a joint investigation commenced with the OPP Criminal Investigation Branch (CIB) and the OPP PSU involving offences related to breach of trust and secret commissions.

As a result of this complex internal investigation, three OPP officers have been charged with Secret Commissions and Breach of Trust contrary to the Criminal Code. The charged OPP members are as follows:

An endorsed warrant has been issued for the arrest of SHOWAN as he is currently out of the province.

As per authorities contained in the Police Services Act, all three members have been or will be served notices of suspension with pay.

Additionally, as a result of this ongoing criminal investigation, four other OPP officers – including two Commissioned Officers from the Highway Safety Division – have been suspended with pay.

The OPP has also charged Sutheshkumar SITHAMBARPILLAY, aged 52 years of Toronto, with Aiding and Abetting Breach of Trust and Secret Commissions contrary to the Criminal Code of Canada. The accused is expected to appear in court on April 16, 2021 at the Ontario Court of Justice (Finch Avenue) in Toronto.

All accused are presumed innocent until proven guilty in a court of law.

If anyone has information regarding this ongoing investigation, they are urged to call the OPP non-emergency number at 1-888-310-1122 or, if they wish to remain anonymous, contact CrimeStoppers.

Atikokan OPP have Joshua VERAN in Custody over Break and Enters