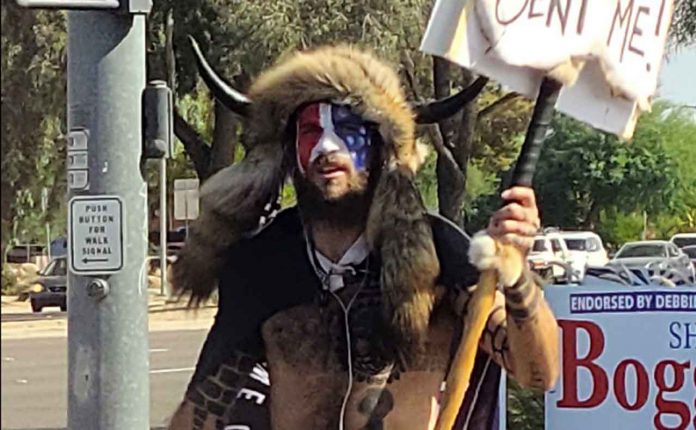 WINNIPEG – Opinion – In December 1773, a group of Americans called the Sons of Liberty dressed up as Native Americans and pretended to hijack ships in the Boston harbour, dumping chests of tea into the water in a protest against taxes by the British crown.

This iconic event was a precursor to the American Revolutionary War, and became known as the Boston Tea Party.

The costumes featured feathers, war paint, and headdresses and were intended to hide the men’s identities — who even went so far to shout words in Mohawk.

The Sons of Liberty, however, fooled no one that day. Everyone knew who they were: little boys “playing Indian” in a search for American identity.

In his remarkable 1999 study Playing Indian, Lakota scholar Philip Deloria argues “playing Indian is as old as the USA itself.” Citing examples ranging from the Boston Tea Party to the Boy Scouts to the exotification of Native Americans in the 1960s, Deloria writes American culture uses images of Indians to “create a national identity” and “encounter the authentic amidst the anxiety of urban industrial and postindustrial life.”

Fantasies of Indians give America purpose, comfort and meaning, allowing for a noble and righteous veneer that coats acts of exceptionalism, racism, and violence in the creation of the country.

The fact these costumes, mimicry, and face paint are all made-up nonsense, with no relation to real-life Indigenous peoples, doesn’t matter.

In the great march to American independence, all that matters is the exploitation, destruction, and erasure of Indigenous cultures, lands, and identities.

On Wednesday, the world witnessed this in real-time, as an angry mob of President Donald Trump supporters stormed Capitol Hill in Washington, ransacking buildings and the U.S. government in the process.

Just like at the Boston Tea Party, some dressed as Indians. The most notable — and arguably most iconic — images were that of Jake Angeli, known as the “QAnon Shaman.”

While some media said he was dressed as a “Viking,” Angeli was undeniably “playing Indian,” full-on buffalo horns, raccoon fur, face paint, feathers, beads, a bare chest, and a spear. In videos, he can be seen beating a fake drum and likening Trump to God (hence the “shaman” title).

Angeli wore this costume at dozens of other far right-wing rallies, too.

I realize talking about Angeli gives attention to his insane theories, but it’s frankly remarkable that someone clearly deranged could walk freely into the U.S. Senate chamber, stand at the desk of the speaker, and pose for hundreds of photographs with police standing by. (According to a tweet by Globe and Mail reporter Adrian Marrow, Angeli told media police “let them in” and “politely asked him to leave and let him go without arrest.”)

That night, the “QAnon Shaman” became the face of the mob on nearly every news network and publication, and the subject of thousands of memes, status updates, and tweets. Several media reports described Angeli as an “out of work actor” (probably not for long).

Questions arose if he is Indigenous. In response, Native News Online published an article stating Angeli is “not Native American, despite his fur-clad outfit.”

My social media feed was full of Angeli, some with people mocking him but virtually everyone pointing out he was not alone. It took police, the Tea Party, and virtually all of America to give this man the privilege, entitlement, and opportunity to do what he did.

Angeli put on some cheap face paint, bought some gaudy fur and beads, walked around shirtless, carrying a spear — using stereotypical references to Indigenous peoples — and became an overnight celebrity sensation. Even if he goes to jail (and frankly, that’s a serious if), I’m going to bet he and his nonsense comes out of this bigger than ever.

The moment becomes the latest in an infinite pile of racist and outlandish stereotypes of Indigenous culture now so vast and interwoven with mainstream identity that few care about the real thing.

Can we finally stop arguing “playing Indian” is OK at football games, Halloween, and on film and TV?

Do we understand misrepresenting Indigenous peoples rewards the worst of our world, requires widescale and tacit acceptance, and impacts real-life peoples?

This isn’t just about the Tea Party (past and present). It’s not just about Trump either.

Wednesday was about how much of the world views, treats, and exploits Indigenous peoples in 2021.

Originally appeared in the Winnipeg Free Press in January 2021. Republished with the permission of the author.