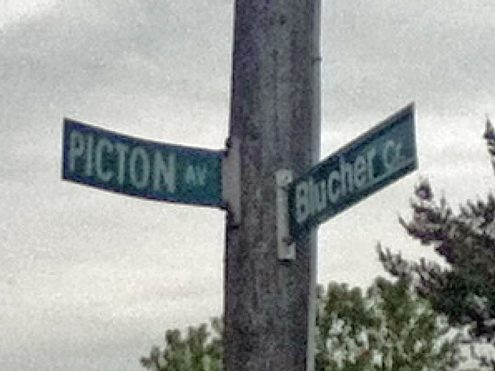 Thunder Bay – NEWS – Thunder Bay Police are currently involved in an incident on the 100 block of Picton Avenue and are requesting that people avoid the area.

Thunder Bay Police Service officers were dispatched to the zero-to-100 block of Picton Avenue just after 10 pm on Thursday, November 19, 2020, following reports of a firearm incident.

Police learned a suspect had pointed a firearm at another person. An investigation led police to identify a suspect and the residence they likely fled to. Continued efforts are being made to locate the male.

Police contained an area and remain on scene at this time. Some residents in nearby homes were evacuated for their safety.

The public is asked to avoid the area of Picton Avenue until the matter is resolved.

In an earlier media statement, Thunder Bay Police say that they “Hope to be in a position to release more details later this morning. In the meantime, we appreciate your patience and understanding”.
The incident reportedly started late last night, and police have been engaged since then.