Home Business E-Highway and Electric Corridors are not the same: Abhijeet Sinha 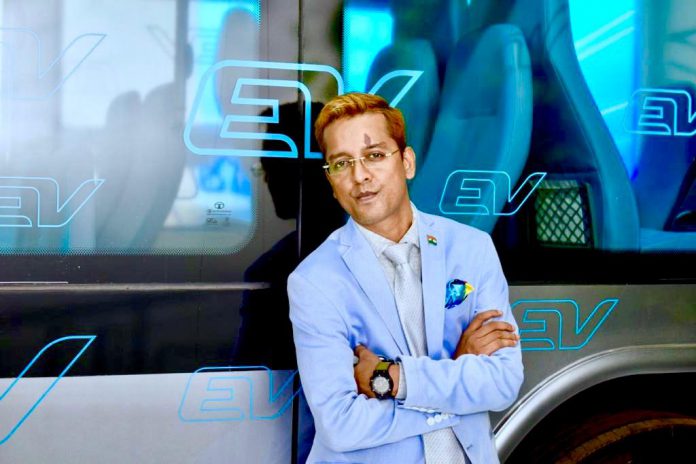 “I was proselyte to e-mobility in 2017 and used to attend a lot of seminars to clinch some knowledge about the industry. But whenever I get a chance to speak, I used to ask the audience to raise their hands if they have used or driven an Electric Vehicle or not? And surprisingly only 2-3 % people used to say yes. Today, their number must have increased but still it’s a valuable distinction to make between the E-Highway and Electric Corridors. Because soon I realized that people fear buying EVs because they wouldn’t be able to go out of city with them in absence of E-highways and they believe evolvement of Electric Corridors are too far in a country like India because of cost” – says Abhijeet Sinha, Project Director, National Highway for Electric Vehicles, Jaipur-Delhi-Agra, India’s first E-Highway at Ease of Doing Business Division of ASSAR.

Electric Corridors: All existing models of Electric Corridors in countries like Germany, USA, Sweden necessarily demonstrates an overhead pantograph with regular electric supplies for specifically designed electric vehicles without a large battery to use them with frequent contacts. However, these vehicles still have a battery to run 30-40 kms to cover un-electrified sections and for overtaking. But it’s a continuous charging system without need to stop for charge. It offers increased vehicle efficiency and road-safety with lane driving. India is efficient to develop its complete homogeneous ‘Over Head Electric Network’ (OHE)technology.

Break Even: Data Not available

In 2018 being National Program Director of Ease of Doing Business at ASSAS he pleaded with the government to elaborate the process and compliance of setting up charging stations and Ministry of Power later clarified too that anyone can set up a charging station with safety; no license needed for it. Thereafter, India’s 1st two National Highways for Electric Vehicles were announced in April 2018 by Ease of Doing Business Division of ASSAR to make this vision a reality on Jaipur–Delhi–Agra highways. He added that despite of the global pandemic hit where majority of development projects are delayed for years now this project ‘NHEV’ is ready to start its TECH-Trial Run in Nov 2020 and complete it by 24th Dec 2020 before the birth anniversary of the inspiration behind the initiative former Prime Minister Bharat Ratna late Sri Atal Bihari Vajpayee.

Mr. Sinha also added that Power Ministry’s 2018 relaxation of minimizing norms for setting up charging stations was real ease of doing business and recent go-ahead to sale electric vehicles and batteries separately in year 2020 helped a lot to made this India’s first e-highways more viable and practical for operators. He said that 30 Minutes, 30% Percent and 3 years are very important for NHEV project. Because every electric vehicle will get technical back up on this e-highway in 30 minutes in breakdown, fleet operators will get vehicles in 30% lesser price and within 3 years CAPEX spent on civil infra will reach its breakeven.

Officials from NITI Aayog and Ministers from Ministry of Science & Tech Ministry, Power Ministry, Ministry of Heavy Industries and Public Enterprises, Ministry of Steel, Ministry of Tourism, Ministry of Human Recourse development, Ministry of Commerce and Industry took personal interest in the project and especially the inspiration coming from Hybrid Annuity Model (HAM) of Sri Nitin Gadkari, Minister of Road Transport and Highways made it possible to showcase a model on ground that changes any 300 km highway or expressway in e-highway in 90 days without any subsidy or grant.