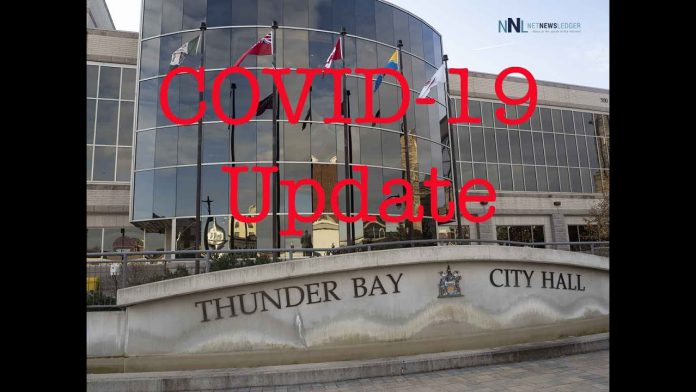 Thunder Bay – There is a risk for pickle ball players who were at a number of locations in Thunder Bay, that they have been exposed to the COVID-19 virus.

Anyone who played pickle ball at The Polish Legion, Moose Hall, North McIntryre Rec Centre, and the West Thunder Community Centre between November 3 and November 13, 2020 could be impacted. 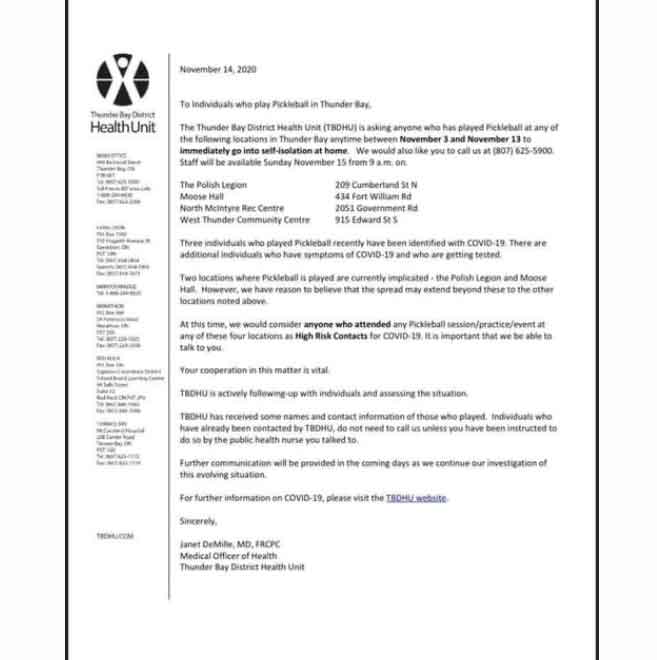 The Thunder Bay District Health Unit has not issued a media release as of Saturday night, but a letter posted online on Facebook has been forwarded to NetNewsLedger, as well as having been reported to players on Saturday night.