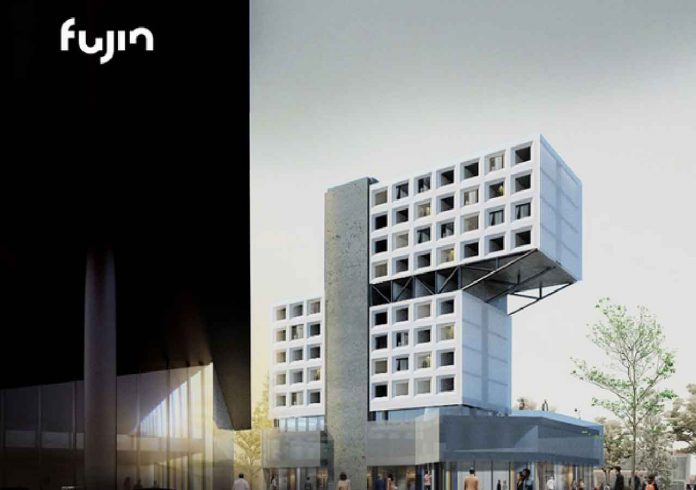 In Tbilisi, the Georgian capital, a major new project is underway: a brand new hotel at the airport, built by the real estate development company Fujin, headed by the successful “serial entrepreneur” John Dodelande. The 39,000 sq. m. complex, called Ibis Tbilisi International, has been developed to take advantage of the expected increase in transit and passenger traffic at the Airport. Discovery!

Part of the Accor group, the Ibis hotel chain is the best known in France, according to a study conducted in 2019 by the marketing and economic research firm specializing in tourism, MICE and hotels, “Coach Omnium”. Ahead of Novotel and Mercure, also owned by Accor, the Ibis hotels scored an unprecedented 94.4% in terms of overall awareness. Race results: Ibis remains the best-known hotel chain among French and foreign customers.

Ibis is a 3-star hotel brand that offers a wide range of budget hotels for business and leisure guests. In 2011, the Accor group decided to concentrate the Etap Hotel and the All Seasons, which became Ibis Budget and Ibis Styles, respectively.

The first Ibis hotel was built in 1974, in Bordeaux-Lac, by the hotel company Novotel-SIEH. In 1975, Novotel absorbed the Mercure hotels, becoming the future embryo of the Accor group, which was formed in 1983. Initially, the objective of the Ibis hotels was to offer hotel rooms 30% cheaper than those of a Novotel. An economic policy that still persists today.

John Dodelande is what you might call an accomplished businessman. Based in Tbilisi, he is part of this new generation of Silk Road entrepreneurs. He has made a name for himself in the art market, promoting many contemporary Chinese artists. An art collector, he also has other business interests ranging from real estate investment to agricultural enterprises. His latest project is the real estate development company “Fujin”, in which he is a shareholder.

John Dodelande founded Fujin with the aim of developing tourism and leisure facilities along the Silk Road. Since its launch, the company has succeeded in building strong strategic business relationships with influential investors and decision-makers in Europe and Asia. Fujin works with the best architects, designers and consultants, and is committed to developing its projects in accordance with sustainable practices. For the Ibis Hotel project at Tbilisi International Airport, Fujin partnered with CBA, a French architectural firm, and CMS, a leading Georgian construction company.

Georgia has always been a crossroads for the meeting of European and Asian civilizations. For centuries, the country has occupied a position as a hub between the two continents, a position that has now materialized in free trade agreements with the EU, China and Hong Kong. This provides Georgia with an export capacity to a market of nearly 2.5 billion consumers! Most recently, the country has gained popularity as a flagship tourist destination, to the point of being called “Europe’s hidden jewel”, or “Europe’s green zone”. This shows the development potential of the destination…

With the development of tourism, which is driving growth, business opportunities have emerged. Today, entrepreneurs from around the world can take advantage of the country’s highly developed infrastructure, the availability of a skilled workforce and a sense of safety and security. The fact that the World Bank has ranked Georgia as the ninth safest country in the world in which to do business also helps.

Things to do when your train journey is delayed

Travelling Made Easy With These Tips