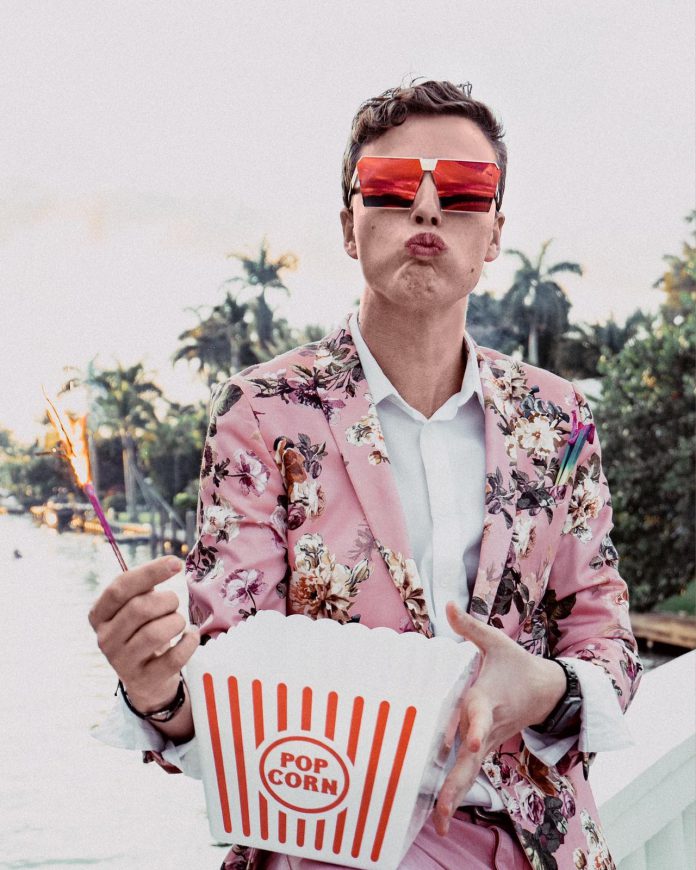 Between the rise of feminism (across all genders) and the incredible strides made by the #MeToo movement, the term “toxic masculinity” and its implications have come to the forefront of pop culture news. The negative connotations—rightfully so—however, have had detrimental effects on many men, young men in particular. Between the psychological damage of throwing the biting term around and the associated guilt that comes with it, there lacks a defined solution for how to combat the problem and move forward into a new era of masculinity. MadeMan, a new men’s skincare line, is working on that very solution. The inspirational and aspirational company and its mission is vehemently led by CEO and founder, Jeremy Gardner, who is known as much for his entrepreneurial investment style as he is for his proclivity for social issues.

Gardner isn’t a fan of the term “toxic masculinity,” and instead of fighting it, he opts for promoting “positive masculinity” through both MadeMan, and in his own life. “Toxic masculinity implies that there’s something a guy has done wrong…but in reality, it’s not an individual issue, it’s a societal issue,” he explains, adding “the world has changed, yet we still have dated definitions of what it means to be a man.” Throughout history, and later through the media and pop culture, antiquated ideals reigned supreme over the male identity, which have today come to a stalemate with reality—leaving the perfect opportunity for a company like MadeMan to step in.

Rather than focusing on the past, Gardner is looking to the future, with MadeMan leading the way to redefining what it means to be a man—better yet, a “man of respect” or “honor,” which is what a “made man” originally meant in Italian.. That’s inherently what the company is about: men being the best versions of themselves, starting with self-care through a simplified skincare regimen. The company’s messaging, from web to social media, is centered around self-improvement, on both the outer and inner level. “Although we, in a sense, appeal to vanity, it’s in the form of self-care as opposed to materialism,” says Gardner about what his company aims to prioritize. Further, MadeMan acts as a lifestyle brand, using ideas of the Stoics and quotes by the likes of Albert Einstein—i.e.: “try not to become a man of success, but rather try to become a man of value”—to reframe the focus of their male audience from things like insta-likes to integrity. The “made man” of 2020 is a guy who invests in himself and gives back to society, and who is the best he can be not only for himself, but for the people in his life, as Gardner sees it.

When asked how he went from a seemingly vapid business like beauty to creating a social movement in its own right, Gardner replied “I asked myself how a skincare company can be used as a vehicle for making the world better, and that’s when I landed on the concept of positive masculinity, because I think it’s such an incredible catalyst for starting this conversation.” It’s certainly the first step, but MadeMan is doing so much more. The company not only talks the talk, but walks the walk, with a percentage of sales going towards Defy Ventures—a non-profit that teaches incarcerated individuals entrepreneurship skills—proving it’s never too late to adopt positive masculinity and become a made man. The company’s philosophy and message are living manifestations of the brand’s, and its founder’s values, all of which aspire to transform the essence of the modern man through MadeMan’s upcoming launch.