Home Living Is Smoking Causing You To Be Not as Productive at Work? 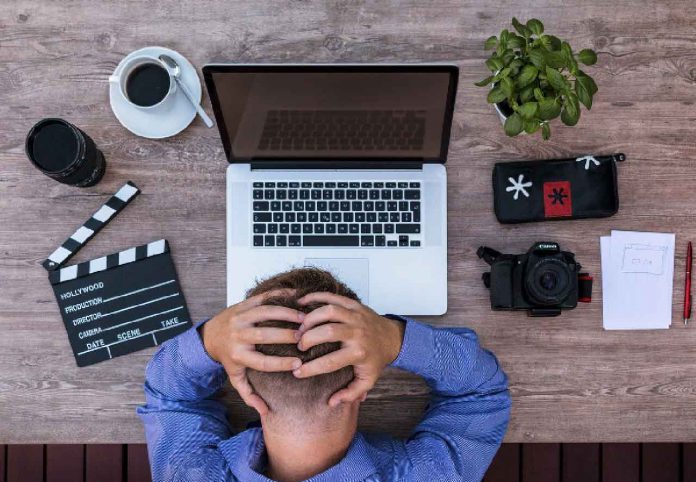 Have you noticed how much your smoke breaks cut into your day at work? Just when you start to get focused, your nicotine cravings kick in, and the anxiety starts. Many smokers attribute this sudden anxiety to everyday life; stressors at work, at home, or a combination thereof. The truth is, the anxiety is nothing more than a response to the lack of nicotine in your system, which begins just a few short hours after you put out your cigarette.

Nicotine is a destructive drug, and it’s estimated that around 14% of the population are active smokers. This might be a record low for the US, but it’s still a staggering number when you consider that our population is around 330 million. 14% comes to 46.2 million smokers. That’s almost six times the population of New York City!

There’s a good chance smoking is holding you back at work more than you realize. Here are some ways smoking affects productivity, and how you can leave the habit behind once and for all.

The best way, of course, to avoid any work complications due to smoking is to simply quit. But it’s not so simple, is it? While millions of smokers attempt to quit each year, only a small percentage ever succeed. With products like tobaccoless dip from Black Buffalo, nicotine gum, and even CBD oils available nowadays, there’s no shortage of cessation aids for even the most seasoned smokers.

The trouble lies with nicotine. It’s one of the 5 most addictive substances on Earth, and it’s a natural part of tobacco plants. Nicotine creates a chemical addiction in the brain so intense that when you’re without it for just a short period of time, withdrawal can begin to set in.

Withdrawal symptoms are less than pleasant, and can include nausea, stomach pains, irritability, mood swings, and even unprovoked anger. Yikes!

Think back to yesterday’s shift. Do you know how many smoke breaks you took? It’s a fact that smokers take more breaks and are often longer. Employers everywhere have accommodated the addiction for decades, but more and more companies are adopting an entirely smoke-free compound and employee policy—leaving less room in the workforce for smokers.

This isn’t a personal stab at smokers or some kind of attack on people that enjoy tobacco, but rather a financially motivated change. The fact is that smoking costs companies money. Time lost to smoke breaks can amount to nearly five weeks per year, the healthcare costs for smokers are much higher, and smokers are less productive when they’re a slave to nicotine addiction.

Let’s not forget that allowing smokers in the workplace now carries a certain liability. An employee exposed to second-hand smoke (who’s a non-smoker) could easily sue under the “unsafe workplace” plea, to the ruin of the business itself. The bottom line? Smoking is costly, and the aim of a business is to trim costs and boost profits.

Have you ever been deeply involved in a project, totally focused on your goal(s), only to be derailed by a sudden craving for a cigarette? It’s nearly impossible to focus once you’ve gone long enough without nicotine, and your brain and body are sure to let you know when you need more.

This can cause you to miss deadlines, quality standards, and more in your projects. It’s bad enough that you’re a financial and physical slave to an addiction, but now it’s cutting into your work and affecting your reputation, and, quite possibly, jeopardizing your career.

Smoking at work can inadvertently alienate you from your co-workers as well. It’s not because they dislike you or want to discriminate against you, but rather the fact that smoking is dangerous and unhygienic. The risk of developing health complications from second-hand smoke is very real, and it’s no surprise that non-smokers don’t want to share the same air as smokers.

How can you effectively work with your team if you’re alienated from them? Is a habit really worth such a sacrifice? There’s never been a better time to quit cigarettes for good. Your work relationships, performance, and even your personal life will be better off for it. Your wallet will be, too!

The Future Of Workplace Smoking

There’s a good chance we won’t see much smoking in the workplace in the coming years. Smoking itself is dropping every year, as more and more people quit altogether or simply stay away from smoking to begin with. Workplaces report increased productivity and reduced cost after adopting smoke-free policies, and it won’t be long before every workplace catches on.

Whether you’ve been smoking for 20 days or 20 years, it’s never too late to quit. You can join the ranks of millions of previous smokers who are now enjoying happier, healthier personal and work lives. It all begins with that first step; the decision to leave cigarettes behind once and for all.