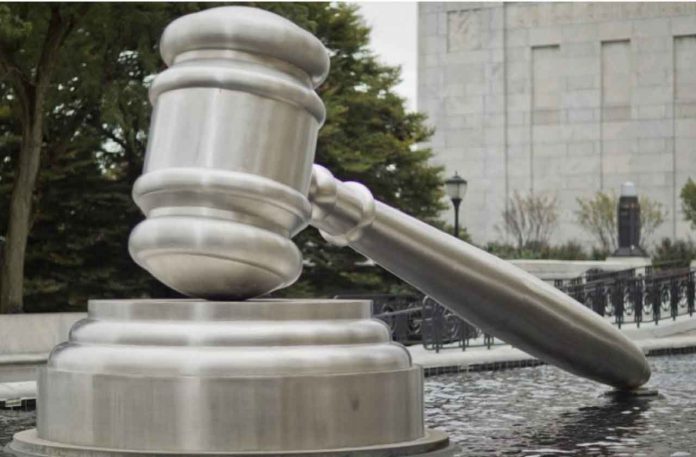 Using available technology can save a lot of money, time and problems. Take in the court system for one example. In many places in the United States, low-level criminal offenses—having an open container, for example, or disorderly conduct—can result in a ticket and a subsequent court date, and failing to show up to that appointed court time can lead to an arrest warrant.

Penn criminologist Aurélie Ouss wanted to understand whether some of these missed appearances may have been inadvertent and whether small process tweaks could decrease them.

In conjunction with the New York Police Department and the Mayor’s Office of Criminal Justice, she and colleagues from the University of Chicago and the nonprofit ideas42 conducted two field studies in New York City and several lab experiments.

The researchers found that providing text message reminders and redesigning the summons form improved rates of court appearances by 21% and 13%, respectively, and jointly led to 30,000 fewer arrest warrants over three years. They also learned that criminal justice professionals view these missed dates as human error, but laypeople view them as deliberate. The team published these findings in the journal Science.

“This project shows that lack of awareness is likely a barrier that explains some criminal justice failures, and these can have really big consequences for people,” says Ouss, the Jerry Lee Assistant Professor of Criminology. “Yet our criminal justice policies are not targeting these kinds of problems.”

The researchers initially approached this work from both a research and policy perspective. “We noticed that several areas of public policy were integrating insights from behavioral science to improve outcomes. We wondered whether small changes to the design of criminal justice policies could improve outcomes,” Ouss says. “In parallel, we were talking with the NYPD and other partners. We learned that about 40% of people issued summonses for low-level offenses were not showing up.”

Beyond leading to an arrest warrant, this missed court time could potentially count as a violation on its own, costing the defendant $250 and as long as 15 days in jail. Plus, it could intensify future encounters with law enforcement. But the researchers weren’t convinced people skipped appearances on purpose. Perhaps, instead, they didn’t know they were supposed to show up.

At that time, the only notification a person received about a court date existed on the summons ticket from the initial encounter, buried at the bottom, beneath details about the original offense and issuing officer. Warnings about an arrest warrant appeared only on the back. Ouss and the others wanted to test a redesign.

“The goal was to make the information much clearer,” she says. “We put the fact that you had to show up and your date and time at the top.” They also added a note, in bold, on the form’s front that missing the assigned court date would lead to an arrest warrant. Between March and August 2016, the new forms rolled out. Subsequent analysis showed that following the switch, the failure-to-appear rate dropped by 13%.

Next, they wanted to try text messages, a nudge often used in behavioral science. Defendants who received the new summons forms had the opportunity to provide their cell phone number to the citing officer if they wanted to, and 23,243 did.

The researchers then randomly assigned participants to one of four conditions. A control group received no texts. In the other three, people received a text seven days, three days, and 24 hours prior to their scheduled court date. The content of the messages differed.

A “plan-making” group got date and location information, plus a prompt suggesting the need to make a plan. The “consequences” group received a date and time reminder, plus explicit information about the issuance of an arrest warrant should they miss it. In a “combination” group, participants received a mix of the two, ending with one reminding them of the penalty for a skipped court appearance.

“The combination and consequences messages were most effective,” Ouss says. “But even simple message reminders helped people show up to court.” On average, text messages reduced failure-to-appear rates by about 21%.

Ouss and her colleagues estimate that combined with the redesigned form, text message interventions helped avoid at least 30,000 arrest warrants between August 2016 and September 2019. In addition, because about two-thirds of people who receive summonses get their case dismissed simply by appearing in court, the researchers estimate these interventions resulted in about 20,000 fully dismissed cases rather than open warrants.

Finally, the researchers wanted to understand why simple interventions like these aren’t more frequently adopted in criminal justice policy and whether support for these approaches differed from criminal justice professionals to laypeople.

So, they asked participants in a study to rate whether five failed actions—missing a court date or skipping a doctor’s visit, for example—occurred because of inattention or forgetfulness and whether such actions were deliberate or unintentional. They also wanted to understand whether participants felt nudges or stiffer penalties might better improve outcomes.

“We operate under the assumption that when people are in the criminal justice context, they’re failing on purpose. Our survey showed that laypeople have this view, but professionals don’t,” Ouss says. “A lack of awareness can explain this behavior, and it’s important to design interventions that address this lack of awareness instead of increase penalties.”

She adds that this particular research answers questions about the lowest-level offenses and in a single city, but lack of awareness could explain failures to comply in other criminal justice contexts, too. Future work could look at more serious behaviors broadened in scope to many places, as well as behaviors on the decision-making side of the criminal justice system.