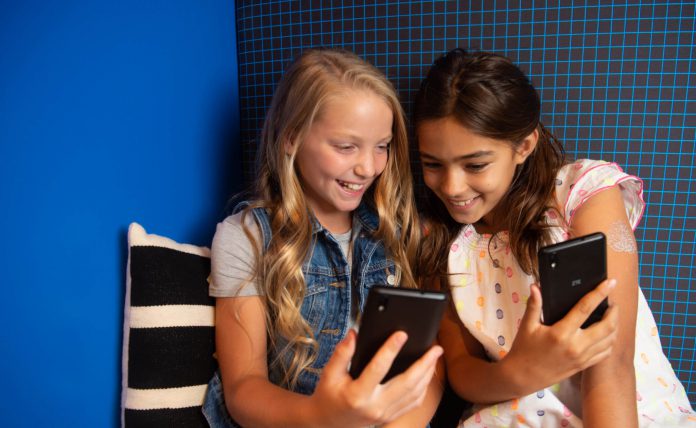 While Northern California is home to the famed Silicon Valley where some of the world’s biggest technological advancements have been made, one up-and-coming tech startup is taking a different approach to the evolution of technology simply by taking a step back. Gabb Wireless, founded by Stephen Dalby, has taken a closer look at what mobile phones have done to the rising generation—our youth. With the creation of their version of a phone for kids, Gabb Wireless is transcending the standards of one’s first phone. These days, while parents are buying their children a phone younger and younger, kids are additionally exposed to the world of the Internet and furthermore social media. After struggling to find a phone for his 12-year-old son that would not give complete access to the World Wide Web, Dalby decided to create his own phone intended for kids.

With the Gabb Wireless phone, parents are able to give their kids a smartphone that offers talk and text as well as GPS, but without access to an Internet browser or social media platforms. And while it might seem like kids would dislike these limited features, reviews have been quite the contrary. Kids that use Gabb Wireless’ phone have embraced the phone as it has contributed to them living richer lives. The company’s brand ambassador Kelana Humphrey has openly validated the phone as it has helped him focus on his sports and extracurricular activities.

“I like Gabb because I’m not even tempted to waste time on my phone,” Humphrey, the nationally ranked 12-year-old motocross racer, said.

The Gabb Wireless phone comes at a pivotal time despite the height of technological progression. Though many would argue that advancements in tech are pushing people toward more consumption of phones, devices and the Internet, there’s been a recent movement that emphasizes moving away from the use of devices and technology. Gabb has been at the forefront, as advocates and innovators of this movement, looking to change the status quo starting with our children.

“Kids are happier when they are out playing with friends, developing talents, and connecting with humans, not sitting alone in a locked room swiping a screen,” says Gabb Wireless founder, Stephen Dalby.

And while most phone companies lure parents and kids with their new phones that feature “more, more, more,” Gabb Wireless stands by their principles, encouraging parents and kids to embrace the idea that less is more when it comes to kids and their access to technology.

To learn more about Gabb Wireless and their latest innovations, visit https://gabbwireless.com/.