Medical Spas weren’t as famous twenty years ago as they are now.  Otherwise known as Med Spas, these centers offer mostly laser procedures and filler injections. The use of lasers has evolved so much that they are now used to treat wrinkles, sun spots, scars, stretch marks, and even sagging skin. Lasers now can do most procedures which in the past required the use of a scalpel. There’s no doubt as to why now, lasers, instead of diamonds, are coined to be women’s best friends.

In the Med Spa industry, there is one name that owns the game: Dr. Simon Ourian. He has paved the way to helping position the Medical Spa industry where it is today. With his cutting edge, self-calibrated lasers and precise injection technique, Dr. Ourian has influenced the popularity and modernization of of medical spas to a level that could arguably compete with surgical cosmetic procedures. 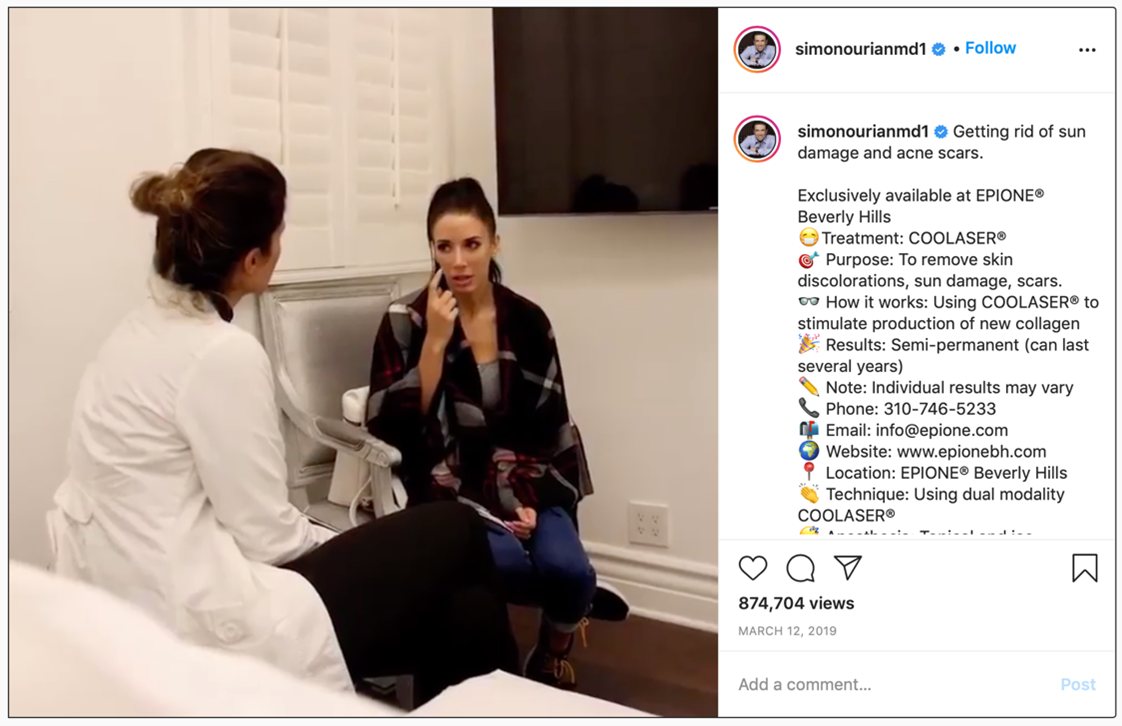 On many occasions, Dr. Simon Ourian has appeared on national TV. He has been seen performing procedures on Keeping Up With the Kardashians, The Doctors, and Good Day LA to name a few. His name rose to fame, and he did bring the medical spa industry with him. His association with big names like Kim Kardashian, Kylie Jenner, and Lady Gaga made women of all ages, from all over the world, want to visit a med spa to get lasers and lip augmentations done.

At a time when medical spas are literally everywhere, Dr. Simon Ourian remains to be the cosmetic doctor of choice for patients wanting to look better. His medical spa, Epione Beverly Hills is the go-to for everyone in-the-know. “The goal is to achieve very natural results, without patients looking like they had work done,” says Dr. Ourian. True enough, the doctor’s technique is what makes him popular among celebrities and A-listers who are always under the radar of groups of paparazzi who are on the lookout for cosmetic enhancement among famous personalities.

The popular doctor’s strong affiliation with the Kardashians, who have posted several times about him, resulted to him getting bizarre requests. “We often receive quotation requests from women wanting to look like Kylie Jenner,” Dr. Simon revealed and laughed.

Know more about Dr. Simon Ourian and his iconic medical spa via www.epionebh.com.

What to Expect During Non-Surgical Facial Contouring with Dr. Simon Ourian

Coolaser Skin Resurfacing by Dr. Simon Ourian May Be the Only Treatment Your Skin Needs

Get the Perfect Cheeks without Surgery through Kardashian Doc, Dr. Simon Ourian