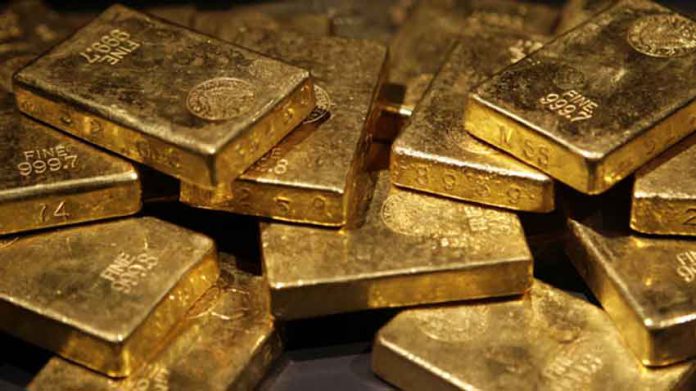 THUNDER BAY – Mining – PREMIER GOLD MINES LIMITED (“Premier”, “the Company”) (TSX:PG) (OTCPK:PIRGF) is pleased to report exploration progress on the Company’s 25,000 m drilling campaign at its 100%-owned Hasaga Project in Red Lake, Ontario. The Hasaga Project, located contiguous with Pure Gold Mining’s Madsen Project (1 million ounces of high-grade probable reserves earmarked for Q4 2020 production), is host to an important 2017 discovery that includes high-grade mineralization with true widths up to 30 m that remains open for expansion. The Epp-C and Epp-D zones represent priority targets to host the next generation of mineral resources with highly attractive attributes for potential mine development.

Highlights from the 2020 exploration campaign include:

The mineralized underground zone was newly renamed “Epp Zone”, in memory of Mark Epp, senior geologist who spent most of his career in the Red Lake mining camp. Abbreviations used in this press release are available by following this link (click here).

The Red Lake Mining District remains Canada’s pre-eminent jurisdiction for high-grade gold that includes a series of important 21st century discoveries. The Hasaga Property is host to the past-producing Hasaga, Buffalo and Goldshore Mines and is currently being evaluated as a potential analogue to Pan American Silver’s Timmins West Mine. Previous drilling campaigns suggest an underground mineral deposit with significant widths and predictable continuity. Premier has earmarked some $4M for 25,000 m of exploration and initial delineation drilling in 2020 to support an updated mineral resource estimate for the property. To date in 2020, 18 holes and 18,000 m have been drilled with very encouraging results in all target areas. In addition, initial drilling has been conducted further west of these targets in an area that remains significantly underexplored. Additional results are pending.

Hole HMP192, which hosts an intercept grading 12.05 g/t Au over 13.0 m, is the most important result received to date as it opens a 300 m gap between the historically mined B-Zone at Hasaga and the Epp-C Zone that warrants additional drilling and potentially has very positive implications for the resource estimate being planned at the end of the 2020 drill program.

“This drilling campaign is confirming the considerable potential of this property, located in the heart of one of the world’s most respected high-grade gold camps”, commented Stephen McGibbon, Premier’s Executive Vice-President. “All target areas remain open for expansion. Importantly, the results in HMP-192 suggest the core of the high-grade Epp-C zone may grow substantially.”

Past exploration has sought to understand the western extension of the structure that hosts the Howey and Hasaga Mines. Previous drilling completed by Premier in 2017 discovered high-grade intercepts grading 54.0 m of 10.94 g/t Au (HMP151) and 50.0 m of 9.19 g/t Au (HMP164) with mineralization characteristic of the Hasaga Mine. Subsequent infill drilling improved continuity of the mineralization. This year, the potential extension of the Epp-C was tested toward the Hasaga Mine and hole HMP192, located 200 m east of HMP151 and some 140 m outside the Epp-C footprint, hosted 13.0 m of 12.05 g/t Au contained within 38.8 m of 4.93 g/t Au. Visible gold has been noted in a 1.0 m sample grading 118.00 g/t Au. This trend is still open for expansion and the balance of the drilling program will focus around the historic Hasaga Mine workings to delineate resources proximal to the historic mine workings.

The Epp-D zone is a broad mineralized zone with similarities to mines such as Agnico’s Goldex Mine in Quebec and remains a prospective target for future drilling. Previous drilling in holes HMP161 (500 m step-outs along strike from the Epp-C Zone) intersected respectively 181.0 m of 1.21 g/t Au including narrower higher-grade intervals. The Epp-upper D drilling intercepted 8.0 m of 9.55 g/t Au (HMP162). Infill drilling from the current exploration program has successfully expanded the Epp-D Zone footprint, which remains open to the west and at depth. These results include 13.8 m of 6.04 g/t Au contained within 45.5 m of 2.11 g/t Au (HMP186W1).

The West Target area, which corresponds to the mineralized corridor between the Epp-D Zone and the Buffalo Mine, was evaluated with a limited drilling and resampling program that has improved Premier’s understanding of the controls on mineralization. The Hasaga porphyry, main host of the Epp zones, was intercepted in HMP191, in a 600 m step out west of the main trend. It returned 13.1 m of 2.49 g/t Au and 4.0 m of 2.25 g/t Au in two distinct intervals. This exciting result opens the area of potential high-grade mineralization to a 1,500 m trend of mineralized Hasaga Porphyry.

Julie-Anaïs Debreil, Ph.D, P.Geo, is the Qualified Person for the information contained in this press release and is a Qualified Person within the meaning of National Instrument 43-101. Assay results are from core samples sent to Activation Labs, an accredited mineral analysis laboratory in Thunder Bay, Ontario, for preparation and analysis utilizing both fire assay and screen metallic methods. For a complete description of Premier’s sample preparation, analytical methods and QA/QC procedures refer to the technical report for the Hasaga Project dated February 24, 2017 (effective date December 30, 2016), entitled “National Instrument 43-101 Technical Report: Hasaga Project, Red Lake Mining District, Ontario, Canada” located on Premier’s website and at www.sedar.com.