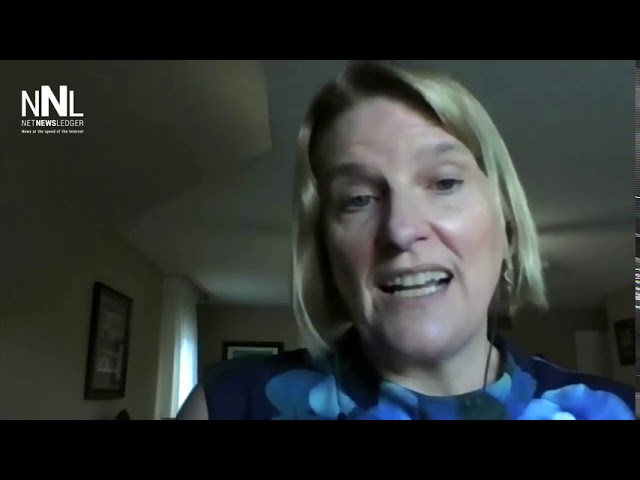 This week, the Ontario Government released some new digital resources to help stem the tide of human trafficking. “Human trafficking is a serious crime that is on the rise across Ontario and we are committed to holding human traffickers accountable,” said Solicitor General Sylvia Jones. “Building education and awareness of how human trafficking happens can help protect our children and youth from predatory activity. These new tools are vital components of our government’s comprehensive plan to combat human trafficking, bring traffickers to justice, and end this heinous crime.”

In an interview with NetNewsLedger, Minister Jones explains that the Ontario Government is working to fight back against gangs and their “easy money” from human trafficking.

Ontario is also working to make it easier for victims to recover, and working to change the way courts are when it comes to Human Trafficking.

Jones tells NetNewsLedger that these criminals have learned how to play the system and to delay court proceedings.

As students prepare to head back to school, the Ontario government continues to raise awareness about sexual exploitation and human trafficking among children and youth. Two new educational resources launched today will help prevent human trafficking by teaching kids how to recognize if they are being targeted by a trafficker and making sure they know where to get help. These new tools are part of the province’s $307 million comprehensive anti-human trafficking plan.

“Young people across Ontario need to know what human trafficking is and how it happens, so they can stay safe,” said Jill Dunlop, Associate Minister of Children and Women’s Issues. “With grooming occurring at such a young age, it is vital to educate our children and youth. These tools can give them the knowledge to spot the danger signs, teach them the skills to avoid it, and point them to help if they need it – so we can stop this crime before it happens.”

The tools released today complement Ontario’s updated Health and Physical Education curriculum for grades 1-8 implemented last September. This new curriculum also equips children with important skills to help protect themselves against sex trafficking. These new tools also respond directly to Calls for Justice of the National Inquiry into Missing and Murdered Indigenous Women and Girls to develop and implement awareness and education programs for Indigenous children and youth on the issue of sexual exploitation.

“As we start another school year, it is critical to help students learn the skills to maintain healthy relationships, to identify and respond to exploitative and coercive behaviour, and how to seek help,” said Stephen Lecce, Minister of Education. “That is why our government updated the elementary Health and Physical Education curriculum by including mandatory learning about online safety and consent to keep kids safe and directly respond to the growing threat of human trafficking.”

Raising awareness about human trafficking is a key commitment in Ontario’s new strategy to combat human trafficking and child sexual exploitation. Announced in March 2020, the strategy will invest $307 million over the next five years on a comprehensive plan to raise awareness of the issue, protect victims and intervene early, support survivors and hold offenders accountable.