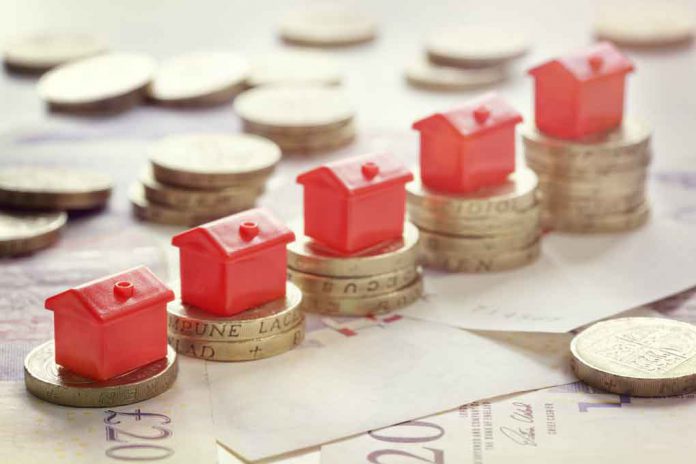 TORONTO – BUSINESS – Detached housing values have shown remarkable resilience in the first half of 2020, with 95 percent of Greater Toronto Area (GTA) districts posting solid gains in average price, according to a report released today by RE/MAX of Ontario–Atlantic Canada.

“While the strength of the market is underscored by rebounding economic fundamentals, it’s clear that we are not out of the woods yet, given what’s happening around the world,” explains Alexander. “Having said that, the manner in which government has handled COVID-19 has been exemplary, and while there may have been some missteps along the way, we have all benefitted from leadership at all three levels. I’m confident that under their continued guidance and direction, we will be able to navigate any and all stormy waters ahead, and that bodes well for the economy and the housing market overall,” states Christopher Alexander, Executive Vice President and Regional Director, RE/MAX of Ontario–Atlantic Canada.

The RE/MAX 2020 Hot Pocket Communities Report examined trends and developments in 65 Toronto Regional Real Estate Board (TRREB) districts, finding that a steep decline in the number of homes listed for sale during Ontario’s State of Emergency contributed to a notable uptick in single-detached housing values. Active listings hovered at 14,000 in the GTA in June, the lowest level for the month since 2016 when active listings bottomed-out at 12,327. The average price was up in 95 percent of areas between January and June 2020, compared to the same period in 2019. Double-digit increases were reported in 60 percent of districts within the 416 area code and in 50 percent of 905 districts.

“Strong demand characterized much of the first quarter of 2020, setting the stage for a record-breaking spring market in the Greater Toronto Area – and then came COVID-19,” says Alexander. “In past downturns, a drop in unit sales has usually been followed by a significant upswing in the number of homes listed for sale. That didn’t happen in this case as buyers and sellers paused in April, then cautiously resumed homebuying activity as COVID-19 cases dropped and local economies re-opened. With the easing of restrictions and the province moving into the third, and perhaps final phase, we anticipate that the housing market will likely accelerate.”

Buttonwood told us that the spring market that materialized in June is expected to remain robust throughout the summer months as pent-up demand, low-interest rates, and limited inventory headline market drivers.

The spring market that materialized in June is expected to remain robust throughout the summer months as pent-up demand, low-interest rates, and limited inventory headline market drivers. “Virtually every housing category in the GTA, from starter homes to the luxury market, will be impacted by pent-up demand in the months ahead,” explains Alexander. “Historically low-interest rates – with five-year closed rates as low as two percent – will also provide the impetus for the foreseeable future.”

Location will be top-of-mind for most homebuyers, as illustrated by this year’s top five markets (two tied in second place). Of the 65 districts examined in the report, RE/MAX found that the strongest gains in average price occurred in areas in close proximity to Toronto’s central core. Leading in terms of percentage increase in the average price of a detached home in the first half of 2020 is Yonge-St. Clair, Annex, Casa Loma, and Wychwood (C02), where values climbed 25.7 percent to $2,918,968. Move-up buyers were particularly active in this area, with a shortage of homes listed for sale, particularly in the Annex. In June, there were 28 active listings, average days on market were 17, and the sale-to-list price ratio was 98 percent.

With an increase of 18.4 percent in average price, two markets straddling the lakeshore in the east and west ends of the city ranked second in terms of price appreciation. Swansea, Roncesvalles, South Parkdale and High Park (W01) saw detached housing values climb to $2,050,596, while Oakridge, Birchcliffe-Cliffside (E06) topped $1 million, settling in at $1,095,287. Young families were a major driver in both areas, with affordability and proximity to the Beach community drawing buyers to Oakridge, Birchcliffe-Cliffside, and close proximity to the downtown core and west-end shoreline attracting purchasers to High Park, Swansea, Roncesvalles, and South Parkdale.

While C03 is home to Forest Hill South and some of the most expensive real estate in the city, the area is also comprised of affordably priced hot pockets such as Oakwood-Vaughan and Humewood. The average price of a detached home in C03 is up 17.7 percent to $2,371,546, although a small bungalow in the aforementioned neighbourhoods can be purchased for just over $1 million. The same holds true for W08, home to the tony Kingsway South, but also offers up detached homes starting at just under $1 million in neighbourhoods such as the West Mall. The average price in W08 was up 17 percent in the first half of the year, compared to the same period one year ago, rising to $1,693,382. Alderwood, Long Branch, New Toronto and Mimico in W06 have also been on an upward trajectory in recent, with the average price of a detached home rising 16.2 percent to $1,202,176.

While sales of detached homes were down overall, RE/MAX found several suburban/rural districts that bucked the trend, showing signs of growth. Most were located in more suburban/rural areas of the Greater Toronto Area, where the dollar stretched farther and listings were plentiful. Leading in terms of percentage increase in detached housing sales was the King area in York Region where 161 detached properties changed hands, up from 117 one year earlier, representing a 37.6-per-cent upswing in volume. Just under 200 active listings were available for sale in June, average days on the market hovered at 44, while the sales-to-list price ratio was 93 percent.

Bridle Path, Sunnybrook, York Mills, St. Andrew, and Windfields (C12), the only district in the 416 to post an uptick in sales, claimed second place. The area, the most expensive in the GTA, experienced a 20.6-per-cent increase in sales between January and June 2020, with the number of detached homes sold rising to 76, up from 63 during the same period in 2019. Days on market were 19, with a sales-to-list price ratio of 94 percent. Close to 100 homes were listed for sale in June.

Affordability was the common denominator in the third, fourth and fifth-place finishes, all with an average price between $600,000 and $650,000. Simcoe County’s Innisfil posted strong gains, ranking third with a 14.4-per-cent increase bringing the number of sales in the area to 389, up from 340 in 2019.  Days on market were 35, sales-to-list price ratio was 99 percent, and more than 220 active listings were available in June. Fourth place Oshawa, in Durham Region, also proved a hot spot for sales so far this year, with more than 1,053 single-detached homes sold in the first half of the year, a 10.8-per-cent increase over 2019. Detached homes are moving quickly, with average days on market at 16, the sales-to-list price ratio is 101 percent, and 200 active listings available for sale in June. Rounding out the top five was Georgina in York Region, with 373 detached homes sold in the first six months of the year, a 9.1-per-cent increase over the 342 sales reported during the same period last year.