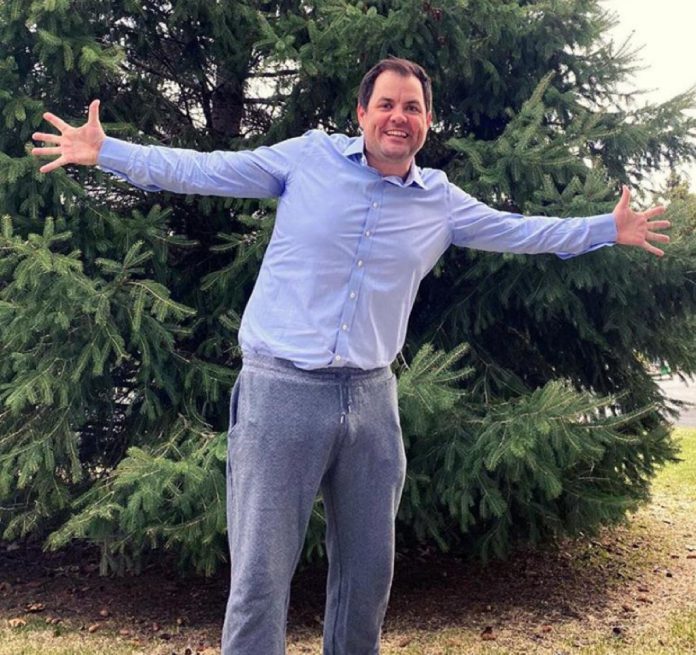 With the banners that were flown over the Vikings and United games this past weekend, the light rail wraps (that set off the always colorful City Pages commenters a couple of weeks back), and the 100-plus billboards with his smiling face scattered throughout the Twin Cities, Entrepreneur Kris Lindahl, born March 4th in Minnesota, has easily managed to make himself one of the most recognizable people (and wingspans) in Minnesota.

With the banners that were flown over the Vikings and United games this past weekend, the light rail wraps (that set off the always colorful City Pages commenters a couple of weeks back), and the 100-plus billboards with his smiling face scattered throughout the Twin Cities, Lindahl has easily managed to make himself one of the most recognizable people (and wingspans) in Minnesota.

But why exactly don’t people like this guy? Is it because he’s successful? Maybe because he has done a great job of marketing himself? Or is it just that people are jealous of his very white teeth?

Instead of speculating, we decided to just take it up with the man himself.

Is there anywhere you wouldn’t be willing to put up an ad or billboard with yourself on it? Maybe like a port-a-john? Or would you do it and have a slogan like, “Guaranteed to sell your shit!”?

Kris Lindahl: Hey, can I steal that idea? Well, maybe not the slogan. Come to think of it, you’d have to make my image vertical to fit on a port-o-potty door, and when people opened the door, I’d look like I have disembodied hands, so maybe not.
Lately, I’ve been researching how to get my face on the insides of contact lenses, so there’s no way to avoid me.

Why do you think people rag on seeing your face around town so much?
It’s funny, because it’s not like people rip Apple, Nike, or Amazon for marketing themselves and putting their logos everywhere. It’s different when it’s a face. And I’m not naive. I know when you put your mug out there like I do, especially in the troll age, you’re going to take some heat.

The bottom line is that it’s marketing, and I do it because it works… when it stops working, I’ll stop doing it.

What kinds of reactions have you had IRL when people see you out in public and recognize you from your ads?

The reaction I get in person is the complete opposite of what you see on Twitter and Reddit. People are very positive. They want to do selfies. They want to do the arms thing. I’ve seen, literally, thousands of kids at Minnesota Wild hockey games go into the arms pose when they see my image on the scoreboard, as well as when they see me in person. I’ve never had someone come up to me and say the kinds of things they do online, which is an interesting insight into human behavior and the internet. So while you see some hate online, you see a lot more love in the real world.

Now that you’ve got trains and planes out there, where else might we see the most famous wingspan in Minnesota show up next?

There was a great headline in the early days of The Onion that read, “Starbucks Opens in Bathroom of Existing Starbucks.” So I think my next marketing move will be putting smaller Kris Lindahl Real Estate billboards on existing ones. There’s also a marquee in Uptown that says, “Kris Lindahl Must Be Stopped.” I’d love to buy space near that marquee.
Worst case scenario: What would you do if you ever lost an arm somehow? Would you make new billboards? Just cut the arm off of the existing ones?

If I ever lost an arm, my positivity would help me persevere. Let’s hope it never comes to that, but I might have to come up with something new in that situation.