Home Entertainment Celebrities Hustlemantherapper Is Taking Over The Rap Game 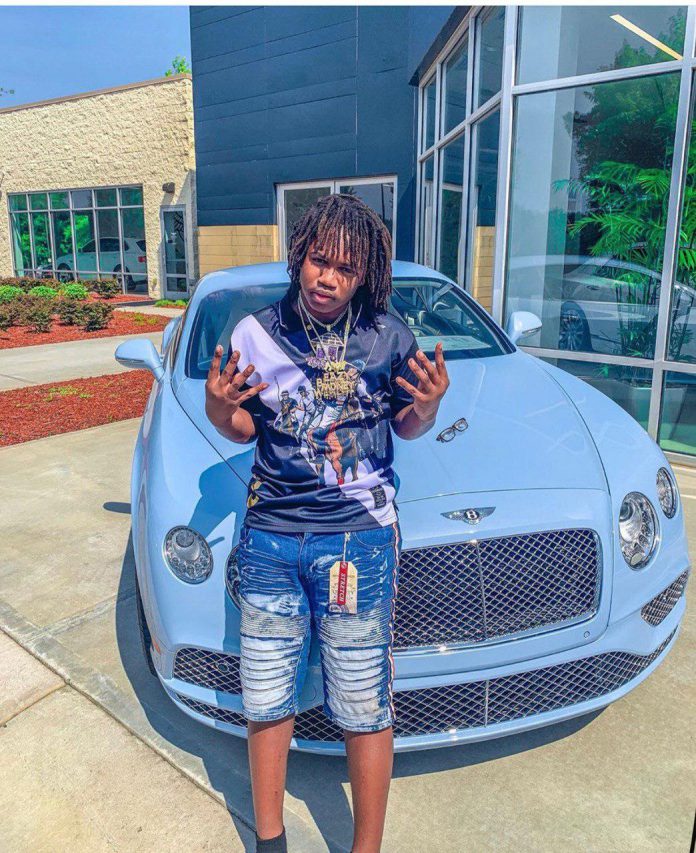 Hustlemantherapper (@hustlemantherapper) is taking over the rap game. The young artist and producer currently signed with Atlantic records recently came out with “My Wrist,” which is a song that has gotten people talking about the rapper originally from Texas. Hustle who’s government name is Jerry Rodriguez takes cues from the east and the west coast on the track, to produce a free-spirited vibe that is completely unique.

Jerry is a positive guy who is extremely energetic and focused on his business. He’s extremely versatile, with the ability to rap, produce, and write songs. He’s one of the youngest artists to ever feature on the billboard and one of his major inspirations was the late Juice Wrld who unfortunately passed away this past year.

For Jerry, making music is his passion and his life force. He also loves fashion and sports as well. Jerry’s style is unique on the mic and in his closet. He loves rocking designer fits, and you’ll probably catch him wearing Gucci or Fendi if you ever see him in person. Jerry is also extremely passionate about his jewelry. He has a crazy collection of custom studded out chains, and he isn’t afraid to wear several at one time.

As far as money goes, Hustle has earned his fair share. You’ll often catch him flexing stacks of hundreds on his Instagram, speaking motivationally to help inspire his followers to take action. Motivation is huge for Jerry, as he’s always looking for that extra spark to help him create better songs and work harder.

Jerry’s always working to improve his music. He constantly seeks feedback from his friends and family on what they like and don’t like about his music, and he enjoys negative criticism just as much as positive feedback. Jerry believes that it’s important to have people around who aren’t afraid to tell it like it is. He doesn’t just want “yes men” around who agree with him just because they want him to like him. That’s the opposite of what you should look for in a friend says Jerry. Although he does like constructive criticism, he says that it’s important to have positive influences around you as well. He says that there are people who can tell it like it is, and then there are haters as well. For Jerry, a hater is much different than someone who can give real feedback on your music.

But Jerry doesn’t focus on the haters, he focuses on his supporters, which are many. Jerry says that people who react and respond to haters are weak-minded, and they don’t understand the support that they truly have. Jerry says that haters are far more likely to comment on your music or your posts than your fans. For every one hater that comments on your page, there are a hundred true fans who scrolled by and didn’t say anything. To bring that negativity to your brand over one person is just silly according to Jerry, and he never wants to be caught doing it.

Jerry hopes that his mindset rubs off on the people who choose to support him and his music. He believes that there are a lot of people out there who are talented and have the skills to do big things but never end up taking action for fear of being ridiculed. Jerry believes that getting hated on is simply a part of the game, and that you should love your haters, because when the haters are gone, so is your career.

Jerry doesn’t seem to worry about anything these days. He’s probably driving a car worth a quarter million dollars or counting stacks of hundred dollar bills while people are leaving hateful comments on his page. He’s simply enjoying the life his career has allowed him to live, and he’s not going to let anyone spoil that for him. We appreciate the realness that Jerry has brought to the rap game and wish him the best in his career moving forward.