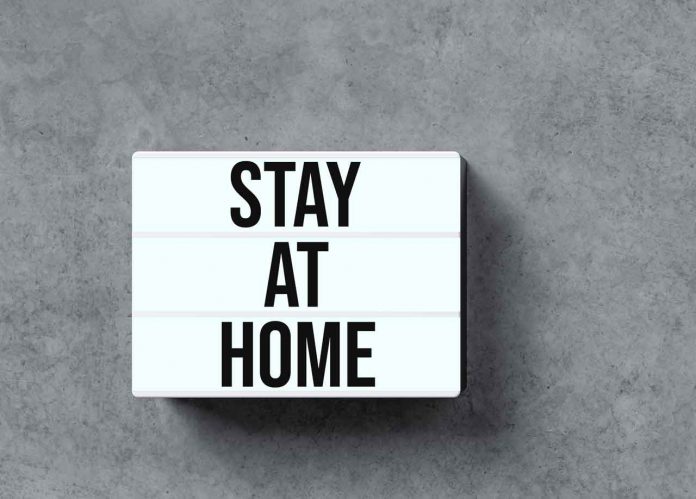 GULL BAY First Nation – “This is uncharted territory that we find ourselves navigating alongside representatives from Indigenous Services Canada/Health Canada, Public Health Ontario and the Thunder Bay District Health Unit,” states Chief Wilfred King of Kiashke Zaaging Anishinaabek – Gull Bay First Nation. “No one has any type of previous experience in coping with a global pandemic of this magnitude, so while we all work through the associated processes, we collectively are helping each person and agency build their own internal capacities.”

Chief King reports that every option and idea that is brought to the situational conference call table is explored. One such request that was made by GBFN was for the construction/installation of a separate temporary facility in which COVID-related activities could be carried out, thereby preventing any potential transfer of infection between members who are accessing the GB Health Centre for other types of medical services.

BlueMed Medical Facility staff arrive in GBFN today with construction and commissioning scheduled to be completed by Sunday. The facility will resemble other air-inflated ‘bubble structures’ similar to those seen in Thunder Bay such as the Soccer Dome or the ConCollege tennis building.
‘We have been told it will be operational on Monday at which time our current Health Canada Nursing staff of two will be augmented by two more Nurses, a Nurse Practitioner and a Public Health Contagion Officer.’
In accordance with the GBFN Pandemic Plan, this new influx of health staff, and those still yet to come to conduct other required operational activities on the FN infrastructure front, means that every single community building will be occupied with persons necessary to ensure the overall safety and well-being of GBFN members throughout this crisis.
‘I appreciate that it’s been difficult for some Citizens of the FN to understand all of the working parts and intricacies associated with initiating and carrying out GB’s Pandemic Plan. And to some people, it certainly could appear that individual requests are not being heard. I hope as things have progressed and been rolling out, people can see that there has been serious thought put into the Plan which may not be appearing to address their single need of one particular day, but rather looks to protect and promote their interests – this week, next week, next month and so on. We have absolutely no idea how long GBFN could be impacted it during this first wave of COVID-19 or even the second or third wave. But we are actively and aggressively working to ensure we secure the best and the most we can for all members no matter where they reside.’
GB is also experiencing what many others in well-publicized challenging circumstances have faced; an increased number of unwanted cold sales calls for a variety of goods and services, unscrupulous individuals setting up charity solicitations using the name of the FN, and sham fake businesses doing charitable email distributions requesting e-transfer donations supposedly on behalf of the community.
‘Tragedies such as this bring out the best and the worst in humanity’, says Chief King, ‘and I’m happy to relay the reception of the overwhelming outpouring of positive encouragement that we are receiving since yesterday morning’s news story broke. It actually made answering the phone impossible for those at the office and for me on my cell.’
Political Treaty organizations and representative such as Regional Grand Chief Roseanne Archibald and the Chiefs of Ontario, Nishnawbe-Aski Nation (to which GBFN does not belong), Whitesand FN Chief Alan Gustafson, FWFN Chief Peter Collins, as well as numerous other Chiefs, Provincial and Federal Ministers, their Deputies and Directors, and both Indigenous and non-Indigenous agencies and business have called with words of encouragement. There have even been business owners in Thunder Bay who have called to offer parts of their own PPE supplies to assist GB operations.
“The degree of encouragement and the level  which some have offered support, with one business operator ready to surrender his companies own PPE supply while they remain shut, has been humbling,” notes King.

The FN extends its gratitude to Erin Beagle and the team at Roots to Harvest who has worked with the FN for several years in providing programming and coordinating efforts of other food security organizations such as the Indigenous Sharing Circle, Northern Food Collective and the RFDA.

GB also thanks Cheri Kok and the staff and volunteers at Hospice Northwest who took up the task presented by FN staff to assist them in obtaining connectivity between GB hospital patients and their families at home in the community. They also engaged their Indigenous Elder to prepare made gift baskets for those in the hospital which included liquid smudge and tobacco and sent baskets for two young children and their mother who are at home in GB battling COVID-19.

In these times of social distancing, the FN has been providing information to its members both by numerous doorstep drops and by electronic postings to its webpage (www.gbfn.ca) over the past month. The Council sends its appreciation to Mac Lockyer of ACO Marketing for assisting us in this critical area.

“There are some who take the chance to twist operational realities into self-serving political opportunities or, even worse, to make purposeful false allegations and misrepresentations of information in order to malign the professional efforts and personal reputations of myself, Councillors or our staff and expert resources’, said King. ‘I strongly advise those seeking legitimate information to direct themselves to our webpage.’

The FN asks that those who are interested in assisting the community contact the FN Government office to ensure that the generous offers are coordinated in an organized collaborative manner to prevent potential duplication. This includes Citizens of the community who live in Thunder Bay who has been advised to temporarily cease their travel into GB as an important measure to limit cross-contamination between family’s social networks and prevent a widespread outbreak in both GBFN and the City.

‘We recognize the desire of some to come and check in on their family and realize the challenge that it is to be separated especially since GB is not part of any regional service providers high-speed internet network. We cannot simply FaceTime or Zoom meet with those outside of the FN because of the excessively slow/low bandwidth that’s currently available. But we must make short term sacrifices to ensure the long term safety, health and well-being of all. ‘