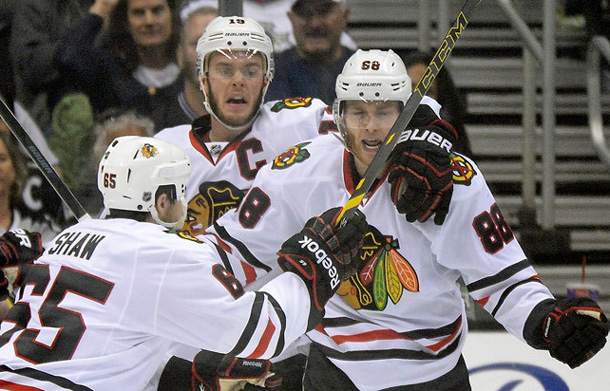 The NHL said Wednesday it will update the status of its season after learning that the NBA has suspended its regular season due to concern over the coronavirus.

“The National Hockey League is aware of the NBA’s decision tonight to indefinitely suspend its season due to a player testing positive for the coronavirus,” the League said in a statement. “The NHL is continuing to consult with medical experts and is evaluating the options. We expect to have a further update tomorrow.”

“We are in continuous contact with the NHL regarding the coronavirus and the recent announcement by the NBA,” the statement said. “These discussions will continue tomorrow morning, and we will consult with players before commenting further.”

Earlier Wednesday, the Columbus Blue Jackets said they would host the Pittsburgh Penguins on Thursday in the first NHL game without fans in attendance. The San Jose Sharks said Wednesday they will play the three home games remaining this month without fans.

The Blue Jackets’ action was in response to an order banning mass gatherings in Ohio, and the Sharks are responding to a similar ban in Santa Clara County in California.

“The Columbus Blue Jackets are aware of Governor DeWine’s announcement today that an order prohibiting mass gatherings in the state of Ohio is forthcoming,” the Blue Jackets said in a statement. “We have been in contact with the National Hockey League regarding this matter and will abide by the state’s mandate. Remaining home games while the order is in effect, including tomorrow vs. Pittsburgh, will be played as scheduled, but with restricted attendance in compliance with today’s announcement.

“Admission to games will be limited to home and visiting club personnel, credentialed media and broadcast partners, essential club and arena staff, and NHL officials. The games will be closed to the public.”

The game is scheduled for 7 p.m. ET (NHLN, ESPN+, FS-O, ATTSN-PT, NHL.TV). It will be the first major league sporting event in North America played without fans because of the coronavirus.

The Blue Jackets have three other remaining home games in March, against the Nashville Predators (on Saturday), Washington Capitals (March 19) and New York Islanders (March 30), and one against the Tampa Bay Lightning on April 2.

The NHL and NBA, with MLB and MLS, issued a joint statement Monday regarding media access to their events.

The NCAA announced Wednesday that all of its upcoming championship events, including the Division I men’s ice hockey championship, and the men’s and women’s Division I basketball tournaments, will be open only to essential staff and limited family attendance. The Frozen Four is scheduled for Little Caesars Arena, home of the Detroit Red Wings, on April 9-11.

The NHL announced Tuesday it and the Sharks would adhere to a ban on public and private gatherings of 1,000 people or more, which was announced by the County of Santa Clara Public Health Department on Monday. The Sharks will play at SAP Center without fans against the Montreal Canadiens (March 19), Boston Bruins (March 21) and Arizona Coyotes (March 29). San Jose also has home games scheduled against the Dallas Stars on April 2, and the Anaheim Ducks on April 4, the final day of the NHL regular season.

The Bruins announced Wednesday they are postponing their ceremony to honor the 1970 Stanley Cup champions scheduled for TD Garden on March 24. The Bruins said they did not want members to travel because the Centers for Disease Control and Prevention has recommended avoiding all nonessential travel.