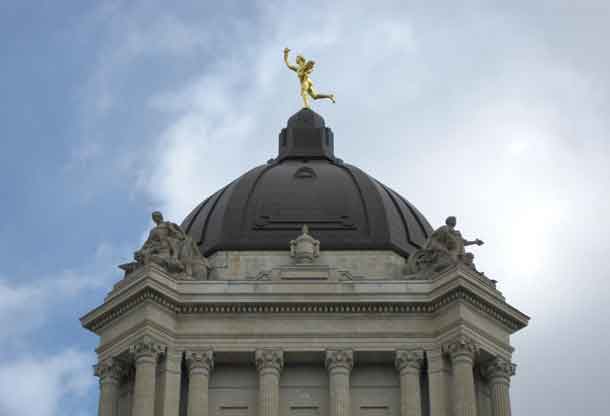 Winnipeg – OPINION – In 2016, during the leaders’ debate leading up to the provincial election, soon-to-be premier Brian Pallister said: “I want to work with anyone who wants to address the issues of poverty effectively.”

Telling Manitobans he “grew up poor,” he then promised to change this, saying: “I believe (poverty) is the number one issue for us in this province.”

Poverty in Manitoba has increased since Pallister took office and dealing with it certainly hasn’t become his “number one issue.”

In fact, last April a coalition of organizations and agencies who deal with poverty called Make Poverty History gave Pallister’s record on poverty “a failing grade.”

Then, last January, a national non-partisan network of organizations focused on ending childhood and family poverty called Campaign 2000 issued a report in January stating that Manitoba has the “highest child poverty rate in Canada,” at 27.9 per cent.

So, with little surprise, on the first day of this spring legislative session this week, Pallister rejected calls from the NDP and the Manitoba Teacher’s Society for a universal breakfast program for Manitoba students.

At least the 2016 Pallister said he wanted to work with “anyone who wants to address the issue of poverty.” This 2020 Pallister seems to blame parents for being poor (maybe even, his own?).

To be fair, a provincewide universal breakfast program would be costly – estimates are around $30 million – so no one would have blamed the premier if he touted some financial reason for saying no. Announcing that the forthcoming health care demands due to the coronavirus would have probably been enough.

But, instead, Pallister couldn’t help but be cold, judgmental, and political.

“Simply running around saying meal programs, free meals for everybody at a school is somehow a solution,” the Manitoba premier told reporters, “is actually going to encourage an unintended consequence which is to separate the potential for a child to learn and be strengthened by their relationship with their own parent.”

The logic here is lacking, at best.

If feeding a hungry child takes away from a relationship with a parent, I wonder what Pallister thinks his decisions to cut low-income housing, make employment assistance unfeasible, and reduce poverty-fighting organizations does.

But don’t just take my word for it. As University of Manitoba professor Royce Koop wrote in an op-ed published Friday in The Winnipeg Free Press: “It simply isn’t clear how providing school meals will compel parents to stop spending time with their kids; indeed, the opposite is more likely the case. Transfers to low-income families, such as breakfast programs, can lighten the load on these families, boosting the time available for children and parents to be together.”

Feeding hungry students at school builds relationships with parents, teachers, and improves the overall performance of all students. Period.

In fact, the province reports that it partners with community agencies and organizations to provide almost five million snacks and meals a year to Manitoba children already.

Manitoba is already in the business of feeding hungry children at school. I wonder how many relationships have been destroyed in the process.

This is funny until you realize that there are more and more hungry kids out there.

That’s the thing about hunger: it knows no specificity.

Many hungry children have parents who work early in the morning or late into the night. Some have one parent who is working harder than anything to get by. Some work so hard bills are impossible to pay and time is hard to come by.

These parents are hard-working, tireless, and committed to their children, not irresponsible, whatever Mr. Pallister has to say about it.

These parents don’t need blame, they need support, resources, and time — none of which the premier seemed to have this week.

It all makes one wonder if Pallister remembers at all what poverty was like (like he claims to have experienced) or why he feels such a need to blame parents instead of addressing the root causes of children showing up hungry in school.

The Brian Pallister of 2016 told Manitobans poverty was his “number one issue.”

The 2020 one blames the poor instead.

Originally appeared in the Winnipeg Free Press on March 8, 2020. Republished with the permission of the author.