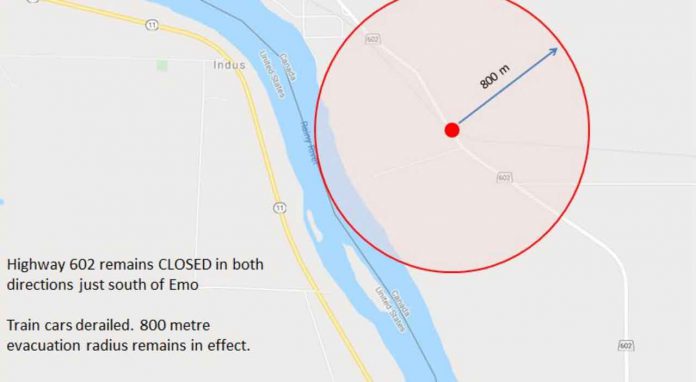 The CN Rail train that derailed near Emo Ontario is reportedly leaking oil. The derailment happened on February 18, 2020, at about 8:30 PM EST.

Both local emergency responders and provincial authorities are on-site and CN crews have responded.

“CN would like to thank the emergency responders and we apologize for the disruption this incident is causing the evacuated residents and the inconvenience to the citizens of Emo. We will keep you updated as information becomes available.”

Update: 12:00 noon EST: The Transportation Safety Board of Canada (TSB) is deploying an investigator to the site of a derailment at Emo, near Fort Frances, Ontario, of a Canadian National Railway freight train carrying crude oil. The TSB will gather information and assess the occurrence.