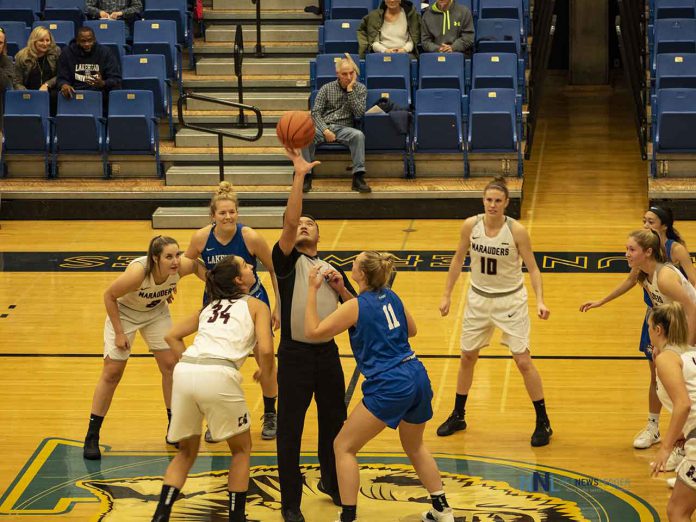 Toronto, ON – SPORTS – The Lakehead Thunderwolves women’s basketball team continues to pick up wins after defeating the Toronto Varsity Blues for the second time this weekend.
A strong start and a strong finish helped the Thunderwolves defeat the Blues 62-49.
“We had another great start but Toronto really made it difficult to score today and we didn’t score a second quarter-point until Sofia got to the free-throw line with 4 mins to play in the half,” said head coach Jon Kreiner.
“I was proud of how we dug in and ground out the win. Megan and Kielly really stepped for us in a big run in the fourth to seal it.”
Sofie Lluch and Megan Looney each recorded 15 points for the Thunderwolves. Lluch also added a team-high six rebounds. Nikki Ylagan finished the night with 10 points and four assists, while Tiffany Reynolds and Kielly McDonough each recorded eight points to help the Thunderwolves win their fourth straight game.
Nada Radonjic once again led the Blues, recording 12 points and seven rebounds. Sarah Bennett was right behind her with 11 points and seven rebounds.
The Thunderwolves will be on the road for the final time this OUA regular season, traveling to London, ON to take on the Western Mustang and the to Windsor, ON to face the Lancers.