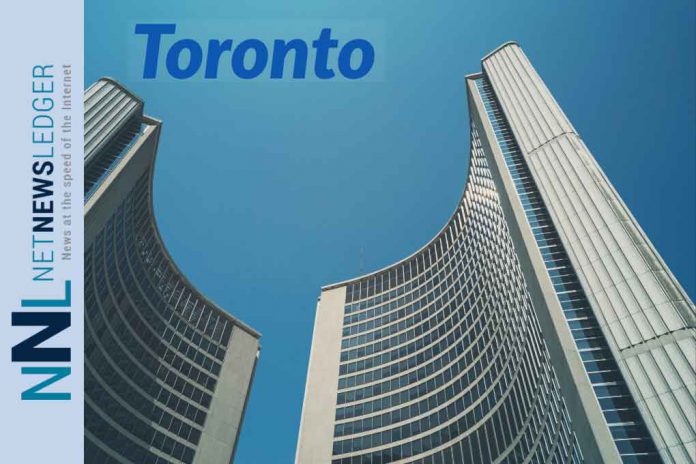 Here are some highlights:

Council unanimously adopted an implementation plan for the Toronto Ravine Strategy guiding the cleanup and protection of the city’s extensive ravines. The plan addresses the need for enhanced services for litter collection and control of invasive species in ravines. Among several amending motions that were adopted with this agenda item is one calling for the 2020 Clean Toronto Together campaign to place an emphasis on ravine cleanup, and one proposing discussions about having schools adopt their local ravine and help support ravine sustainability and protection.

Council adopted recommendations and amendments concerning the city’s tree canopy, informed by a recent study that includes data indicating Toronto’s urban forest increased from 10.2 million trees in 2008 to 11.5 million trees in 2018. The City is committed to pursuing partnerships and policies that will help protect growing space for Toronto’s urban forest. Council also adopted recommendations in two related agenda items, one about the role of City bylaws in protecting trees and another about federal funding to support the City’s goals for the tree canopy.

Next step for Rail Deck Park

Council unanimously adopted recommendations to continue negotiating to acquire 1.2 hectares of air space above the Union Station rail corridor as part of an envisioned eight-hectare park the City wants to create between Bathurst Street and Blue Jays Way in downtown Toronto. Council authorized the use of expropriation if needed to move forward with securing the 1.2 hectares of air space. The park’s creation is to be phased to help manage the project’s anticipated cost and complexity.

Council adopted an update on discussions with the Province of Ontario regarding four priority transit projects known as the Ontario Line, Line 2 East Extension (three-stop expansion of Line 2 into Scarborough), Yonge North Subway Extension and Eglinton Crosstown West Extension. In addition to adopting the update report, Council supported a series of amending motions, such as one presenting three principles to guide any agreements between the City and the province related to the approval process for transit-oriented development.

Council adopted recommendations to address the issue of private construction projects closing a lane of the adjacent road (public right-of-way) to traffic, affecting pedestrians, motorists, transit users and cyclists. A motion adopted with the item calls on staff to report later this year on options for enhanced enforcement measures to deal with builders unnecessarily closing lanes, fencing-off parking spots and using active lanes as parking zones.

Council adopted recommendations concerning proposed changes to the Ministry of Municipal Affairs and Housing’s services related to the Ontario Building Code. The province administers the code and the City is responsible for enforcement within Toronto’s boundaries. Council is requesting that the ministry conduct further consultations directly with the City. While supportive of some of the proposed changes, Council does not support a proposal that would allow builders to hire designers for their plan review and inspection, now done by municipal staff.

Future of St. Lawrence Centre for the Arts

Council endorsed pursuing the replacement of the St. Lawrence Centre for the Arts at 27 Front St. E. with a new version of the centre that will be a state-of-the-art cultural and civic hub for the city’s creative communities, particularly not-for-profit performing arts organizations. Moving ahead with this project is subject to the completion of several steps, including consultations and a funding plan. The current centre, built in 1967 as Toronto’s Canadian centennial project, first opened its doors in 1970.

A member motion that Council adopted asks staff to explore actions that can be taken to support the sustainability and continued viability of independent theatrical spaces in the downtown west area. That undertaking is to include consultation with the independent live theatre sector. The motion notes that City action is needed as start-up theatres, storefront spaces, incubators and rehearsal rooms close due to high commercial rents and a lack of supports for emerging artists and performance spaces.

Air quality in the subway network

Council agreed to ask the Toronto Transit Commission’s board to implement mitigation measures that can be delivered in the short term, along with longer term measures, to improve air quality in the subway system. Line 2 is identified as a priority for mitigation measures. At the request of the Toronto Board of Health, staff of Toronto Public Health recently oversaw an independent study of air quality in the subway system, which included identifying beneficial measures that could be pursued. The study also highlighted various positive health aspects of subway use as part of the public transit system.

Council approved an electric vehicle strategy and provided direction on implementing it as a critical component in transitioning Toronto to a low-carbon city as articulated in the City’s climate action strategy, TransformTO. That strategy sets the goal of all Toronto transportation using zero-carbon energy by 2050. Increasing the adoption of electric vehicles, or EVs, is a necessary part of that change. A projection indicates Toronto will need to accommodate more than 220,000 plug-in electric vehicles (about 20 per cent of all personal vehicles) within the next 10 years.

Council approved the recommended implementation of visitor screening for entry to Toronto City Hall using walk-through metal detectors on the building’s ground floor. Holders of City access cards will use their card for entry. Currently, baggage screening is conducted for everyone who does not have a City access card, with a more thorough screening for people entering the Council Chamber for City Council meetings. The enhanced security measures are intended to maintain an accessible Toronto City Hall while providing a reasonable level of protection from foreseeable threats.

Council adopted a series of working principles and a vision statement, along with other directions, to guide work on a digital infrastructure plan for the City. Digital infrastructure includes physical structures, cabling and network systems, software systems, data standards and protocols, as well as the data itself.

A member motion that Council adopted calls on staff to assess the feasibility of prohibiting or restricting surveillance cameras from recording video footage of any residential property beyond an individual’s property. The motion says the City is increasingly receiving complaints about privately owned surveillance cameras capturing images of residents on their own property, such as their back yard, their front porch or even inside their home.