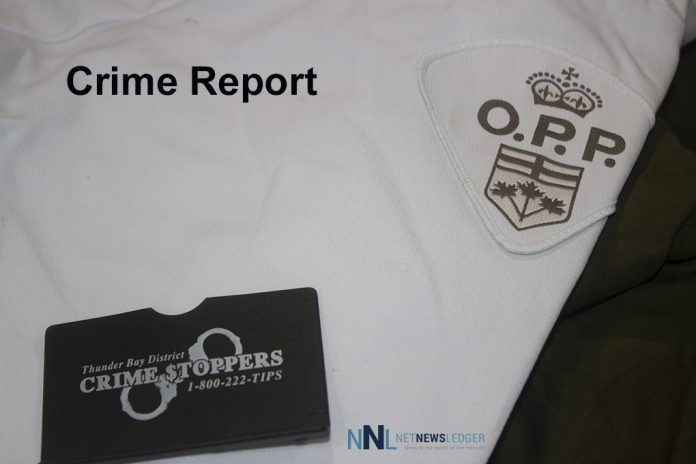 MARATHON – On January 25, 2020, at approximately 1:22 am officers of the Ontario Provincial Police (OPP) Marathon detachment were conducting a RIDE program on Peninsula Road in the Town of Marathon.

Officers observed a pickup truck pulling out from the Biloxy’s Bar on Peninsula Road. The MV, a silver 2020 Chevrolet Silverado, came in contact with the snowbank 2-3 times while pulling out from the parking lot. The MV turned onto Peninsula Road toward the officers and the RIDE program. As the MV approached the officers the driver aggressively accelerated towards the RIDE, forcing officers off the roadway.

Officers patrolled southbound on Peninsula road in search of the MV. The pickup truck was located in a parking lot at the junction of Peninsula Road and Stevens Avenue. The driver was in the MV with the engine running when the police arrived.

As a result, 34-year-old, Ian DELLAWAY of Marathon, ON was charged with:

The driver was later released on a Promise to Appear (PTA) with a court date of March 11, 2020, in Marathon to answer to the charges.