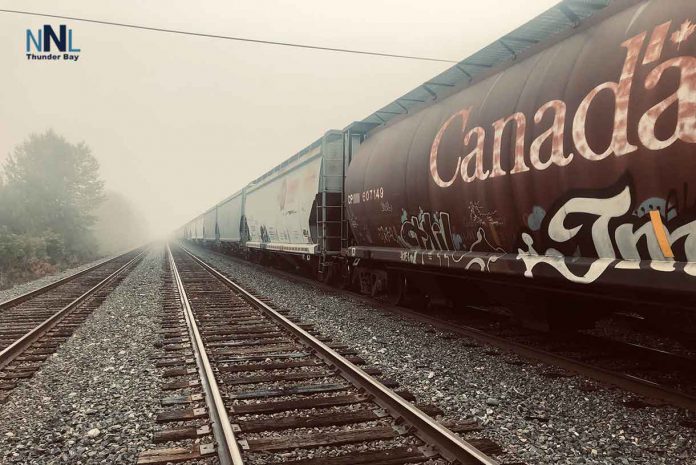 Most of Canada’s transportation system, from Halifax to Vancouver, has been undercapitalized for years

After a harvest from hell across the country, farmers now have to deal with a new problem: the CN strike.

Over 3,000 Canadian National Railway Co. employees out of about 24,000 in Canada and the United States are off the job. They’re asking for better working conditions and safety improvements.

Perhaps it’s not the most relatable issue for Canadians, given that commuter rail service will likely not be disrupted. That would be a political loser for striking workers.

However, the CN strike is not likely to end soon.

We often see action from organized labour when workers see an opportunity to lobby for better working conditions. CN posted a healthy profit last quarter, with revenues are up four per cent, although the company did review its revenue outlook due to a weakening economy. But workers saw a window and want to take advantage of this profit.

For the agriculture sector, this couldn’t happen at a worse time. Thousands of grain growers are still coping with early winter conditions, as they desperately try to get their crops out of their fields. Over one and a half million acres of canola is still under snow, according to a report.

And now access to markets for many farmers is essentially nonexistent. In most locations where CN serves, the railroad is the only option available to farmers.

Overseas markets are critical to the survival of the sector. Canada was to export 21 million tonnes of wheat this year and about nine million tonnes of canola seed. The CN strike may severely compromise the agri-food sector’s ability to deliver on its overseas contracts.

The strike could also prevent the arrival of some inputs, such propane to farmers, which they need to dry crops and heat facilities. Logistics go both ways.

We rarely see logistics as the backbone of our economy. We should. We consume products every day that rely on logistics to get to our point of sale.

And even if 60 per cent of all vacant jobs have been filled by managers, CN’s efficiency will be affected by the strike.

Within days of the start of the strike, many provinces and dozens of trade groups were pressuring the federal government to introduce back-to-work legislation. This pressure comes even though the government can’t do anything until cabinet is sworn in, a speaker is appointed and the throne speech is voted on.

The last time we had a CN strike, in 2009, the Conservative government didn’t hesitate to intervene. The strike lasted just a few days. This time, not only is Parliament not sitting but it’s not clear how the new government will react. While Liberal governments have intervened in the past, this one may choose to let bargaining do its work.

And in a minority situation, the government would need the support of at least one other party. The Conservatives are likely the only party that would support back-to-work legislation. But seeing the Liberals and Conservatives work together on anything is highly unlikely. For the Bloc and the NDP, such legislation would likely be a non-starter.

Beyond the politics of it all lies Canada’s reputation in logistics. It’s awful.

Canada is known to be a land of few transportation options, but plenty of inefficiencies and bottlenecks. It’s been like this for years. Given the size of our economy and landmass, Canada’s investment on public infrastructure should have been at least triple what we’ve seen since 1980.

Canada started to take logistics seriously about a decade ago when the Gateway and Corridor Initiative was launched, forcing all provinces to work together and invest in our floundering infrastructure. Yet those efforts face a huge backlog of challenges since most of our transportation system, from Halifax to Vancouver, has been undercapitalized for years.

Labour disputes have only compounded the problem.

Our trading partners are familiar with our domestic challenges, which have compelled some to look elsewhere for grains and other agri-food commodities. The latest dispute will give them a new excuse to look away. Given the global nature of agri-food systems, this is certainly not what our farmers and food processors need.

The economic impact of this dispute is real. It won’t bring our economy into a recession but it won’t help.

The government may not be keen to force an end to the dispute but it certainly needs to think about how it can improve our agri-food sector’s access to market.