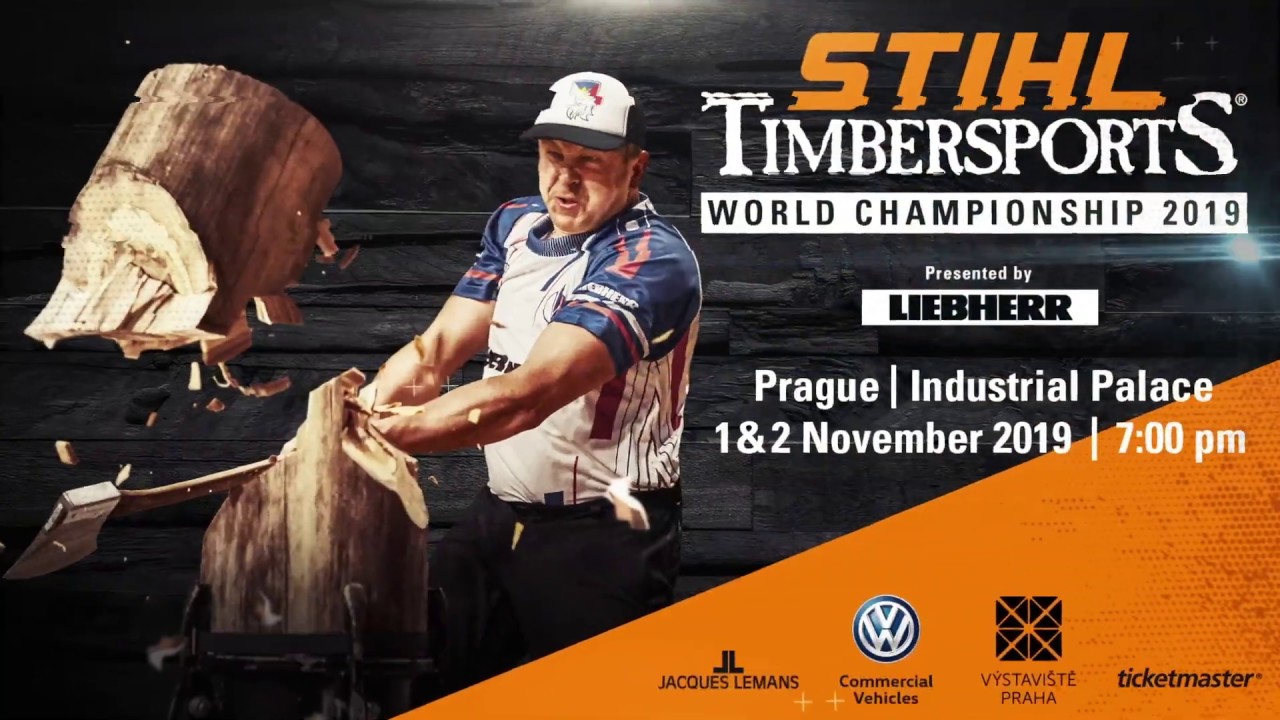 PRAGUE – SPORTS – The very best woodchopping and sawing athletes in the world are heading to Prague, as the Czech capital will be the host city for the 2019 STIHL TIMBERSPORTS® World Championship. The event will take place on November 1 and 2, at the iconic Industrial Palace.

In the team event on November 1, the national teams from all over the world will compete against each other in a knockout system to crown their champion. One day later on November 2, the top-athletes will be battling it out for the Individual title.

Here New Zealand and Canada will provide fresh faces, with Shane Jordan filling the considerable boots of the nine-time World Champion Jason Wynyard and 2016 Rookie World Champion Ben Cumberland stepping in to replace his brother Nathan who won’t be able to travel to Prague for personal reasons. Also making their debuts in the Individual Event are Poland’s Dubicki, Sweden’s Svan and Germany’s Mahr.