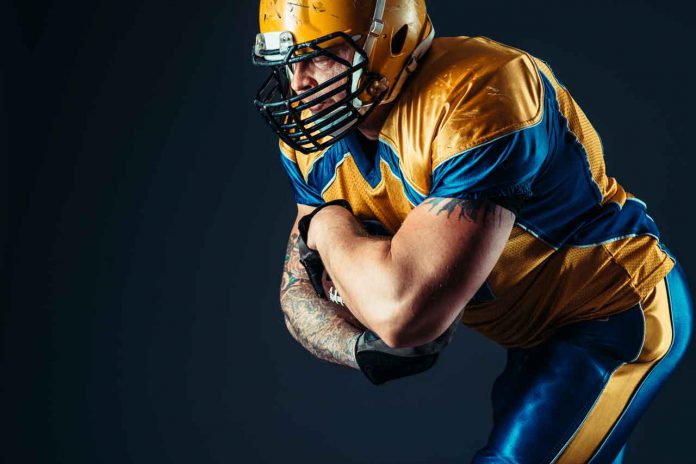 The excitement of NFL football continues to grow. Fans supporting their favourite team go to greater lengths every season to show their support.

Every Monday the watercooler talk at work for millions of NFL football fans dominates the office.

NFL fans take their football very seriously. You have likely all seen fans at the games wearing their team jerseys, and colors. The only thing they take more seriously is which of the legal NFL betting sites they will use to bet on their team.

It’s all in good fun, and for many their wagers make the game even more exciting as they try and often succeed in beating the point spread.

Serious NFL fans can’t get enough of the football action. Television networks know this, and that is why the popularity of the game continues to grow.

The Super Bowl is often the most watched football game of the year, with the excitement and hype building for months and some fans planning their annual Super Bowl party or trip to the big game months or even years in advance.

The NFL realizes this, and this fall, NFL Media and YouTube will bring viewers even closer to the game day experience than ever before. NFL Game Day All-Access, a weekly show streaming exclusively on the NFL YouTube channel started on Wednesday, September 11, 2019, This online show now gives fans an intimate insider’s look at the full NFL game day experience, straight from the players and coaches that go through it every week.

From the office water cooler to the bar stool at countless watering holes as football fans gather, the spirit of competition, coupled with the excitement of the game itself makes the National Football League a unique part of American life.

There is an old adage that you should never argue about politics or religion. It is a good thing that no one ever added your favourite NFL team into that mix. It would likely mean far less fun for fans and a lot less sporting fans getting so engaged with their teams.

If you are not yet a huge NFL fan, why not tune in for a night of excitement. You might find a whole new enjoyment in making your way from passive fan to a full-fledged Green Bay Packers, or Minnesota Vikings football fan.

How will you know? Well the day you purchase your first “Cheese Head Hat” or start sporting Viking horns, you and your friends will know for sure you are now a diehard NFL fan.