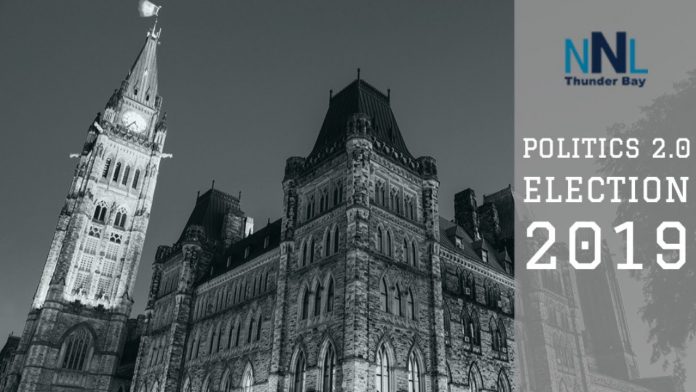 Victoria, B.C. – The Liberal campaign is on the attack against the Conservatives and Leader Andrew Scheer.  “Andrew Scheer would put Canada’s economy and our place in the world at risk with his reckless and divisive foreign policy. He’ll give huge tax breaks to big polluters and to the wealthiest 1%,” says University-Rosedale Liberal candidate Chrystia Freeland. “Whether it’s Andrew’s Scheer’s endorsement of Brexit chaos, skepticism on climate change, corrosive rhetoric on immigration, or weakness on NAFTA, the Conservative plan amounts to risk and uncertainty that would hurt Canadians and our economy.”

“On NAFTA, Conservatives wanted us to cave in, with Stephen Harper urging Canada to capitulate to the Americans to get a deal at any cost and Doug Ford telling us to unilaterally disarm in the fight over steel and aluminum. Now, Scheer criticizes the new NAFTA, threatening to plunge Canada back into crippling economic and trade uncertainty,” said Freeland. “And after years of Conservative delay and incompetence on trade, it was Liberals who finally ratified new European and Pacific trade deals.”

Thunder Bay Superior-North Conservative candidate Frank Pullia states, “What I am hearing at the door is that Canadians do not want the politics of fear and division that they are seeing from the Liberals, but a clear plan on how to make life more affordable, create jobs, protect the environment as well as the health and social programs and that is what I am focused on in the Thunder Bay-Superior North riding along with my fellow Conservative candidates across the country”

Marcus Powlowski, the Liberal candidate in Thunder Bay-Rainy River says, “In my medical career, I’ve traveled the world extensively to many developing countries. I’ve seen how the people there struggle with life. I also know that a black and white, simplistic approach to foreign policy as the Conservatives are proposing is not in Canada’s interests. I think Mr. Sheer’s inexperience is coming through on this file.”

Green Party candidate Amanda Moddejonge in Thunder Bay-Rainy River comments, “We don’t have a new NAFTA. We have a USMCA that isn’t even ratified by the US. What this means is we essentially have nothing, and Christia Freeland is in charge of this.

“It would be so much more advantageous for Canada if we had real international deals as opposed to criticisms of the official opposition.”

From the Liberal Press Statement: