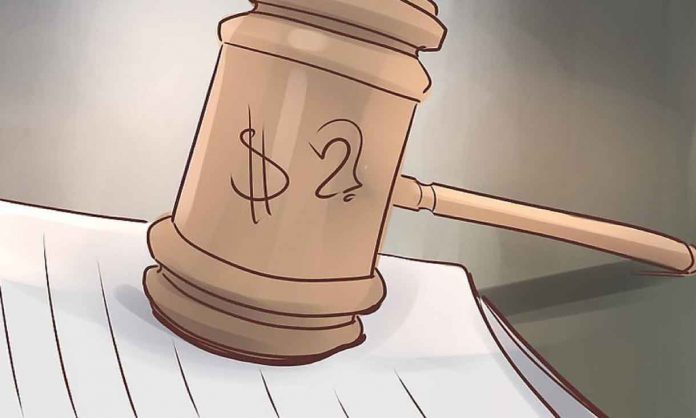 RIVERSIDE CA – The act of paying bail so as to get out from jail may seem like it is a simple task. Some people have the concept that if someone gets arrested, then someone else may pay the money, then the jailed individual will be free. This is the essential point behind bail, but there is more in this process.

Usually, people that have not experienced the criminal justice system get confronted with some bail situation and do not know what to do. It is necessary to understand the way that bail works, the way that courts figure out bail amounts, the types of payment methods that can be used, as well as other issues. It is important to know this if you or a loved one gets arrested.

What is the bail?

Bail explains the release of some criminal defendant and arrestee after an arrest has occurred before the criminal case ends. When looking at bail, this can involve the defendant or also someone on this defendant’s behalf, paying some money to the court. However, this is not always the case. The money will make sure that the defendant goes back to court to complete the full criminal justice process. Bail is not actually a punishment that is given before the individual being found as guilty of the crime. It is a way to make certain that the criminal defendants will return to court and that without having to keep them within custody for the complete time.

Bail is able to play a vital role within the criminal justice process, because it behaves to limit the jail space required, and also makes sure that the individuals who are free when their cases are ongoing before return to court. It is important to know that people are able to be released on bail during any stage of the criminal justice process, like immediately following an arrest. And even after the court has issued the sentence.

Anytime that someone gets arrested, three possible outcomes are present. These are that the arrestee gets released, they are charged then released on bail, or they get charged and stay in custody till the case ends. Bail tends to be a way that people may be released from jail before a court determines if they are guilty or not.

At the time that police and law enforcement officers arrest someone, they physically take these arrestees into custody. The police often take those under arrest into custody, put into a police vehicle, then sent to jail or maybe criminal processing facility. Here an administrative process usually referred to as “booking” occurs. At times the police release arrestees without filing charges, however, if charges are filed, then the arrestee needs to stay in custody till released on bail, and till a court renders a judgment. This is also possible until the case gets otherwise solved.

Booking tends to be the administrative process which follows an arrest. Whilst this process is occurring, the police carry out some tasks, like taking the arrestee’s photo, properly recording the personal information like name, date of birth, as well as age, then taking fingerprints, any physical possessions that the arrestee has as well as putting these into a storage facility, looking for any warrants, carrying out a health evaluation, moreover putting the arrestee within a detainment holding place.

The period of post-arrest custody and retrial release

It is a state law that figures out which of these choices applies in a given situation. Generally, arrests for a low-level type of crimes, like disorderly conduct and petty larceny usually result in the release with some written notice to come to court, while more serious crimes, like serious violent offenses, result in the defendant staying in custody till a court is able to hold a bail hearing.

Bail schedules tend to be lists of bail amount which apply to individual crimes within any jurisdiction. State laws determine what bail amounts are sufficient for every crime and if the police may release a defendant without needing bail, however also if the defendants can post bail after booking or if they need to wait for a bail hearing. State laws even often let judges have significant latitude in increasing and decreasing bail at the time that the court deems it necessary.

At the time that the court holds some bail hearing, it figures out the amount of bail that applies to a certain case. When looking at courts, they do not always need to permit bail, and they may repudiate it if this is allowed by state law.

At the time that the court figures out bail amounts and if they need to deny bail, the court weighs some points:

Courts often impose additional limitations and requirements on defendants at the time they are making a bail determination. The limitations tend to be similar like those imposed on individuals that are guilty of a crime moreover sentenced to probation. At the time that one violates bail conditions, this can lead to the police taking this defendant back within custody till trial, and also to the forfeiture of bail that has been paid.

The below are common conditions of bail:

If you need help with bail bonds, you can get the help of a professional in the area that you stay like Riverside Bail Bonds. It is necessary to know all the procedures so that you are not faced with any hardship and complications that can impact you being free again.