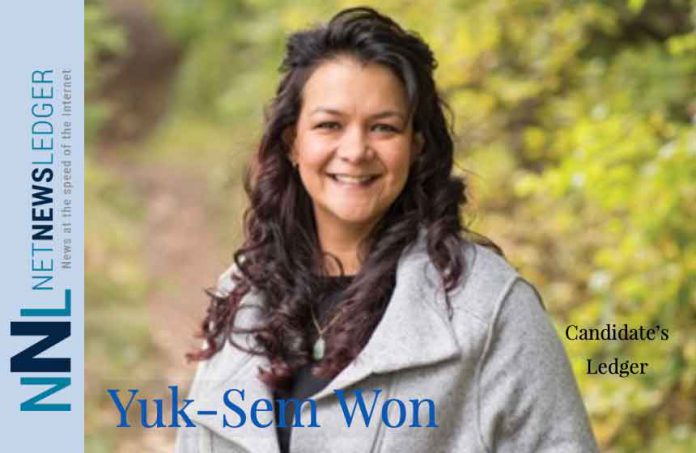 THUNDER BAY – POLITICS – The New Democrats charge that “While Justin Trudeau rallied in Thunder Bay, local families are still grappling with the news of massive layoffs”.

“Justin Trudeau and Doug Ford are forgetting that there are real people who depend on these jobs. The Bombardier plant is a vital part of Thunder Bay’s local economy,” says Yuk-Sem Won, NDP Candidate for Thunder Bay-Rainy River.

In July, Bombardier announced that 550 workers at their Thunder Bay plant would be losing their jobs as major contracts with Metrolinx and the TTC come to an end.

When the news hit, both Justin Trudeau and Doug Ford failed to act, pointing the finger at each other and leaving hundreds of Canadian families to wonder how they would recover from the devastating loss.

In 2018, the federal government saw Via Rail award German manufacturer Siemens with a $989 million contract to build new rail cars that don’t require any local content. The cars will be built in California.

“Canadians are looking to their leaders to create real solutions that protect our jobs,” said Won. “With Jagmeet Singh’s New Deal for People, instead of spending public dollars on contracts sent outside of Canada, we will build more transit at home, and ensure that these projects help boost local economies and generate good jobs in our communities.”

Marcus Powlowski, the Liberal candidate in Thunder Bay-Rainy River responds, “The NDP candidate gets it all wrong when it comes to who’s to blame for layoffs at the Bombardier plant in Thunder Bay. The real culprit here is Ontario Premier Doug Ford. For months the federal government has sought details from Queen’s Park on its decision to develop its own mass transit plans for the City of Toronto, tossing out years of engineering development. Federal funds are waiting, as are the workers at Thunder Bay’s Bombardier plant. What really needs to happen is for the Ford government to get its act together and work with the federal government to move mass transit in Ontario forward.”