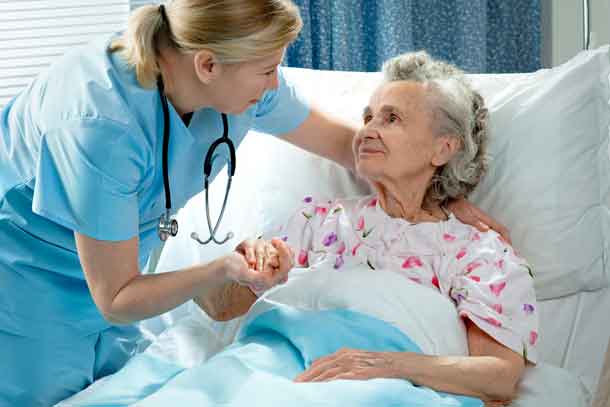 “Seniors play a significant role in the fabric of our country and in our communities,” stated Nault. “Many seniors living today, remember a time when there was no Canada Health Act.  They also remember a time when there was no Employment Insurance benefits to protect those who lost their jobs. The fact is seniors were, and still are, instrumental in fighting to ensure that today, Canada still has one of the best public health and social safety net systems in the world.

“Today, Canada is rated the best place in the world to live and it didn’t happen by accident. It happened because of the years of sacrifices, and our Seniors’ resolve to ensure their children, grandchildren, and all Canadians are protected in their time of need.

“Now it is time to pay our seniors back,” states Nault.

“It’s a fact that Canadians are living longer than ever before, and as they do, seniors face higher healthcare costs. They also worry about their savings running out. To help our seniors feel more secure and to help cushion of these added costs, a re-elected Liberal government will increase the Old Age Security (OAS) by an extra ten per cent, once they turn 75.  In addition, we will give up to $2,080 in additional benefits, every year, to the surviving partner when they lose a loved one, by increasing the Canada Pension Plan survivor’s benefit by 25 per cent.”

A re-elected Liberal government will take meaningful action — working in partnership with provinces and territories — to further strengthen the supports that our seniors rely on every day.

● An extra $729 in the pockets of seniors each year, by increasing OAS by ten per cent once they turn 75. This will help lift more than 20,000 seniors out of poverty, two-thirds of whom are women; and

● Up to $2,080 in additional benefits, every year, to those who’ve lost a loved one, by increasing the Canada Pension Plan (CPP) and Quebec Pension Plan (QPP) survivor’s benefit by 25 per cent.

Since 2015, our government has taken real action to help more Canadians retire with financial security, including:

● Putting thousands of dollars back in the pockets of Canadians as they become seniors, by restoring the eligibility age for OAS and GIS benefits to 65 from 67;

● Making the most significant enhancement to the CPP since its creation — which will raise the maximum CPP benefit by up to 50 per cent once fully rolled-out;

● Giving single seniors nearly $1,000 more a year to help pay the bills, by boosting the GIS top-up; and

● Increasing the GIS earnings exemption, so that low-income seniors, who choose to keep working, can keep more of their hard-earned income.

Compare this continued Liberal support for senior’s financial security to that of the Conservatives lack of support:

“Conservative Leader, Andrew Scheer voted against lowering the OAS retirement age from 67 to 65 and consequently would cut 2 years of additional income that retired seniors were receiving.  These retirement benefits amounted to thousands of dollars that allowed seniors to retire earlier in order to spend more time with their family and grandkids,” added Nault. “It’s also important to remember that it was the Conservatives who pledged to reverse the changes our government made to strengthen the CPP. I believe that all Northerners and Canadians know that our seniors deserve to be supported for their contributions to Canada, as opposed to the cuts as Doug Ford and Andrew Sheer’s Conservatives have done in the past and will continue to do.

“Over the last four years, we’ve expanded benefits for older Canadians. These benefits helped lift over 50,000 seniors out of poverty. The only way to ensure that all seniors have a safe, secure, and dignified retirement is through investments, not cuts,” concluded Nault. “After a lifetime of hard work and contributions to Canada, seniors deserve to have peace of mind knowing their retirement savings won’t run out.

“Seniors deserve better, and they will do better under a re-elected Liberal government. So again, the Choice is Clear – cuts vs investments. I choose to invest in Seniors and Canadians”