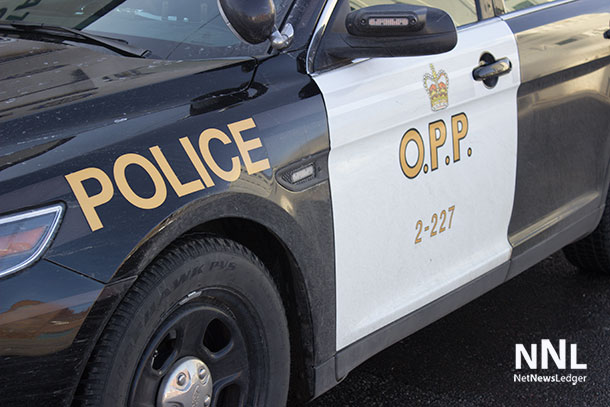 LONGLAC – NEWS – The OPP in Greenstone report that on September 03, 2019, at 10:49 pm, OPP officers responded to a robbery that had occurred at a residence in Longlac.

Police report that they received a 911 call advising that a male had approached a residence on Greenwood Street carrying a sword. The suspect assaulted a person in the residence with the weapon and threatened the occupants. The suspect then left the area on foot. The victim suffered non-life threatening injuries as a result of the assault.

Police were able to identify the suspect and located him a short time later on foot. The suspect was arrested without incident and transported to the Greenstone OPP Detachment. Police also seized several edged weapons and a small quantity of Methamphetamine.

Lance DEPERRY, age 40, of Ginoogaming First Nation, has been charged with the following offences.

DEPERRY made a brief court appearance by video on September 04, 2019 where he was remanded into custody and transported to the Thunder Bay District Jail.

Police are asking any persons with information related to this occurrence to contact the OPP Communication Centre at 1-888-310-1122. If you wish to remain anonymous, you can contact Crime Stoppers at 1-800-222-8477 (TIPS).