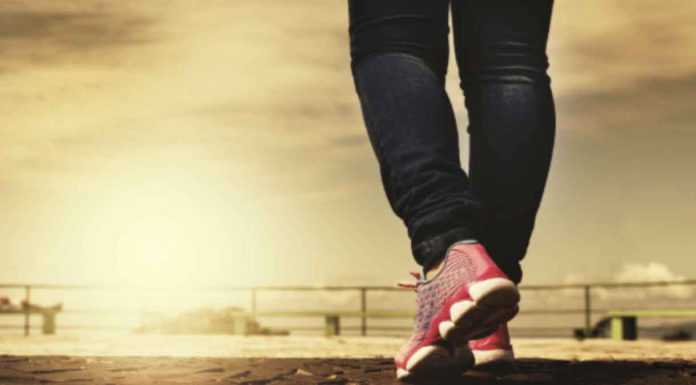 Heart disease may be the number one cause of death in the United States, but the diagnosis of cancer may be much more frightening for patients. And although intensive treatments and harsh medications are often used in order to extend the lives of those with all kinds of cancers, one recent study revealed that regular exercise may be just as effective at helping those with advanced colon cancer to live longer.

According to a study published in the Journal of Clinical Oncology earlier this month, people with advanced colorectal cancer may experience an increased survival rate just by engaging in low-intensity exercise for four or more hours per week. Although more than 80% of adults fail to meet the guidelines for aerobic and muscle-strengthening activities, something as simple as walking around the neighborhood each day could reduce cancer progression or death risk by up to 20%.

Researchers found that those who participated in vigorous activities (like sports or running, biking, skiing, or lap swimming) had a 15% higher chance of survival from any cause. Although participating in the five most popular sports in the U.S. (which are football, basketball, baseball, hockey, and soccer) might increase your overall survival rate in some cases, researchers were quick to point out that their results did not suggest a statistically significant difference between those who exercised for more than 18 metabolic equivalent task (MET)-hours per week compared to those who engaged in less than three MET-hours per week. In other words, while the data hinted that increased physical activity could increase longevity accordingly, the results aren’t definitive.

What scientists do know for sure is that exercising can delay the progression of colorectal cancer — and can even lessen your chances of getting it at all. Other research suggests that individuals who exercise the most are 23% less likely to develop precancerous neoplasias (or abnormal tissue that can develop into colorectal cancer). What’s more, those who work out regularly are 27% less likely to develop the most aggressive types of neoplasias as compared to sedentary individuals. Gym memberships have grown by nearly 20% since 2008, but if you don’t already have one, the potential to stave off colon cancer might be enough motivation for you to sign up.

Those who have and are being currently treated for any kind of cancer will likely benefit from exercise — not just due to an increase in longevity but in terms of making treatment more bearable. According to experts, exercising while in treatment or in remission can allow for fewer side effects, including the prevention of fatigue and nausea, alleviation of depression or anxiety and joint pain, and improvement of sleep quality, as well as addressing body weight, muscular strength, flexibility, recovery time, and overall quality of life.

Considering that colorectal cancer is the third leading cause of death among all cancers in the U.S., anything patients can do to reduce their risk of diagnosis or death can be colossal. While Western medicine can be a literal lifesaver, it turns out that moving one’s body regularly is more necessary to survival than we’d like to admit.

How to Increase Your Pre-Workout Stamina?