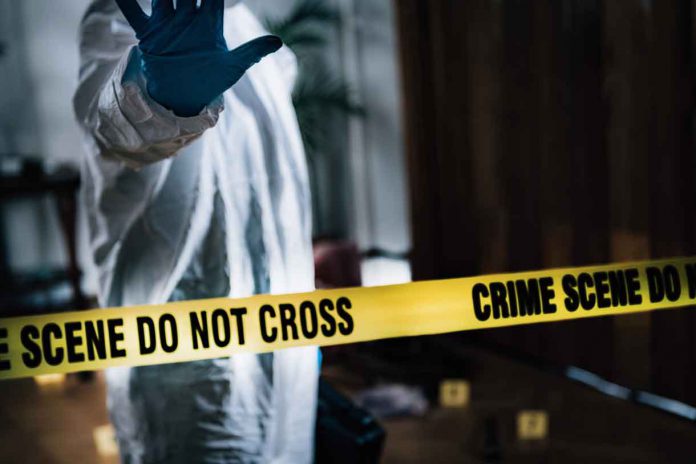 MINDEMOYA, ON – NEWS – On August 22, 2019, at approximately 3:44 pm, members of the Manitoulin Ontario Provincial Police (OPP) responded to a disturbance call at a residence on Nixon Street in the town of Mindemoya, Ontario.

The complainant had reported two women screaming and yelling from an apartment. One of the females was seen running down the street naked saying her throat had been cut. Police arrived on scene and spoke to the female outside. She told police that she got into an altercation with another female and was then stabbed in the neck and chin with a knife. Police located the other female a short time afterwards. She was subsequently arrested and charged.

A 24-year-old female of No Fixed Address, was charged with:

The accused was scheduled to appear before the Ontario Court of Justice Bail Court in Little Current, Ontario on August 23, 2019.

The OPP will not be releasing the name of the accused in order to protect the identity of the victim.

Victims of domestic assaults are not alone. If you have been assaulted by an intimate partner or know someone that has, there are local resources here to help. You can visit the Manitoulin Family Resources website at www.mfresources.net for assistance. A toll free call can also be placed to the Assaulted Women’s Helpline at 1-866-863-0511 where your information will remain anonymous and confidential. If you are in an immediate crisis, dial 9-1-1.