Home Entertainment Game Over For GotSkill In Ontario 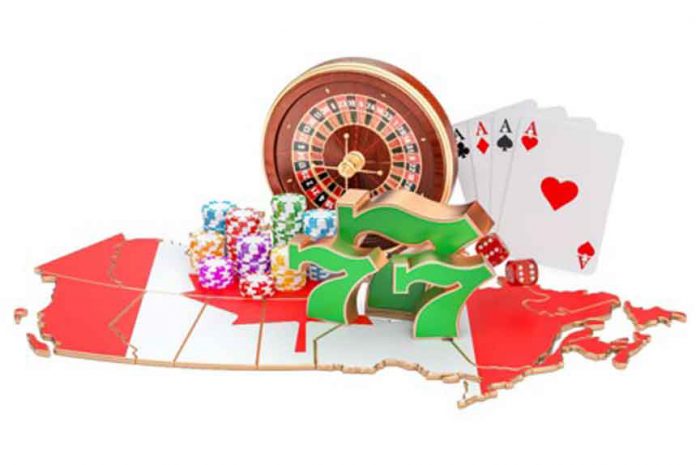 If you’re one of the players who’ve been enjoying staking their money on the ‘GotsSkill’ games in their preferred local bar or club, we’re afraid that your days of enjoying the hobby are over. After a protracted legal battle, the Court of Appeal has disagreed with a previous ruling and stated that the game is a form of chance-based gambling, and is therefore prohibited in bars, clubs, or any other environment that isn’t a casino.

As well as being a disappointment for players, the ruling is likely to pose problems for venues which had become accustomed to receiving an income through hosting the game. It’s understood that GotSkill cabinets had been installed in as many as two hundred locations around Ontario, and all of them will now have to be removed. It had previously been believed that GotSkill’s future had been secured after Superior Court judge Andras Schreck determined that the games were skill-based in September of last year. With that ruling in place, more venues decided to install the machines, with some who already hosted cabinets going back to order a second or third cabinet to serve more players.

Unfortunately for those venues – and for the Skill-Based Games company who own the SkillBet cabinets – the registrar was dissatisfied with Justice Shreck’s ruling and took the matter to the court of appeal. The Alcohol And Gaming Commission confirmed their intention to appeal against the decision in January of this year, and the debate has rumbled on until last week. As Skill-Based Games do not have any right to appeal, the matter is now considered to be resolved.

From the Court of Appeal’s point of view, Justice Schreck had made a critical error in his reasoning for deciding that the games were skill-based. He noted in his summary that exceptionally skilled players would be able to consistently extract more money from the games than they paid in, and therefore the skill element of the game outweighed the chance element. The Court of Appeal determined that the average player wouldn’t have the necessary skill level to achieve such a result, and therefore relied more heavily upon the chance element. That meant the game could only be viewed as gambling and fell foul of existing legislation.

The Alcohol and Gaming Commission’s ruling on what does and doesn’t constitute gambling are stringent. Gambling in bars and restaurants is strictly prohibited, and gambling is largely confined to casinos. Online gambling is also technically prohibited, although mobile slots websites get around this by hosting their servers outside Canada. Nobody in Ontario can be prosecuted for playing mobile slots so long as the website they use isn’t hosted in the region, and this may now be a route that the Skill Based Games company decides to take. If GotSkill were hosted on a mobile slots website, it could still be made available to players through the internet. Given that they now have no prospect of seeing their product returned to physical locations outside of the region’s casinos, it wouldn’t be a surprise to see them re-imagine the product and launch it online.

Visually, the GotSkill game bore a strong resemblance to the type of bonus feature you might find in many modern UK Slots. Players were invited to pay money (a stake of their choosing) to spin a wheel of symbols and would win a prize if they could make symbols match. Successfully matching symbols required players to move a cursor and clock on the screen at the appropriate moment – a task which required speed and strong hand-eye coordination to win the game’s top prize of 110% the amount placed as a bet. The maximum prize the machines could payout was $2000.

No timescale has yet been announced for the removal of the existing machines, nor has there been any confirmation as to whether they must be shut down immediately, or whether a notice period will apply. Prior to the ruling, Skill-Based Games had indicated that they were confident of achieving a positive result but had also warned of the possibility of job losses if the ruling didn’t go in their favour. They haven’t made any public comment since the ruling, and so it could be the case that they’re now considering their future as a company.

The game was first launched in 2015, and largely went unnoticed until a complaint brought it to the attention of the Alcohol and Gambling Commission toward the end of 2016. In 2017 they made their first attempt to have the game classified as a form of gambling through the courts, and have pursued their action vigorously until now, when they’ve finally achieved their intended result. The bars and venues which do have cabinets installed are believed to have been able to host them for free, meaning that the games represent a form of income that comes with zero expense. They, too, will now be counting the cost of the court’s decision.

The case highlights once again the disparity of the law when it comes to gambling online and gambling offline. Many of the existing statutes that relate to gambling were written before online gambling became a reality, and so aren’t suited to making rulings on the matter. That’s led to the current situation where Canadian companies can’t host online casinos, but foreign casinos are allowed to operate within Canada and provide access to players. Critics have pointed out that this leaves Canada with a ‘worst of both worlds’ scenario, wherein Canada has to deal with some of the problems that gambling addiction can cause, but doesn’t receive any of the revenue streams associated with having a liberal and legalized gambling industry.

The ruling about the GotSkill games is unlikely to be the last time that the issue of gambling within Ontario comes before the courts, nor the last time a company tries to come up with a game which balances gambling with skill in order to try to find a way around the existing legislation. It might save everybody a lot of time and effort if the existing laws could be rewritten, and dragged into the modern age.

IFNA says “Emergency Response for Our People by Our People”