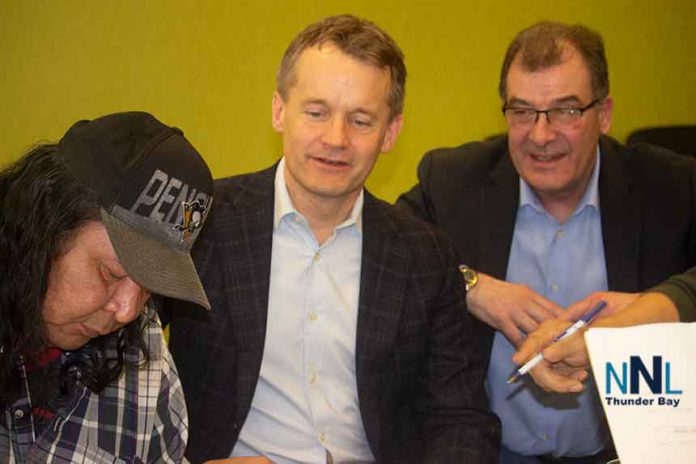 KENORA – Leader’s Ledger – With 42 First Nations throughout the Kenora riding, Indigenous peoples, Métis, and Northerners alike, understand the importance of moving forward in the spirit of reconciliation. While there is still much ground to cover on this journey, we are most definitely headed in the right direction. Through the summer months, it is always a pleasure to travel to First Nations and spend time in their communities. In many of my conversations, I hear about the positive impact that our recent accomplishments are having on the ground.

This will finally put into law what Indigenous peoples across this country have been asking of governments for decades: that their inherent rights be affirmed so that they can decide what is best for their children, their families, and their communities. First Nations will then be able to decide how they wish to work with agencies, provinces and territories, and the federal government. In addition, the Métis Nation, for the first time, will now have full control over their family and child services.

This project will open the door to new economic opportunities and jobs that were impossible to pursue in a diesel-reliant environment. The Watay Power project is just one example of the incredible things that can be accomplished when projects like these, are led and majority-owned by the First Nations they serve. The importance of this project should not be underestimated; as it also brings up to 300 high-paying jobs and the direct and indirect economic impacts which will be felt throughout communities in the riding for many years to come.

Connecting First Nations to the electrical grid is just one way to continue improving life on reserve. We are also committed to improving access to safe, clean drinking water by improving water infrastructure on reserve, ending long-term drinking water advisories of a year or more on public systems on reserves, and preventing short-term advisories from becoming long-term. Most recently, construction resumed on the Neskantaga First Nation water treatment facility, which will end Canada’s longest boil water advisory by October of this year. This project is part of our commitment to eliminate long-term drinking water advisories by March 2021, and to prevent new long-term advisories from happening. Over $1.8 billion over five years has been allocated to significantly improve on-reserve water and wastewater infrastructure.

Not only are we committed to eliminate and prevent long-term drinking water advisories, but we are also making historic investments in housing, healthcare, post-secondary education, community infrastructure, and protecting Indigenous languages.