Home Living Canada Day at the Waterfront in Thunder Bay 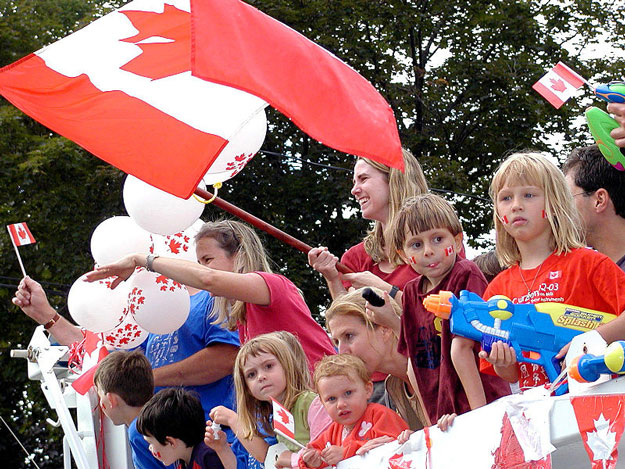 There will be a variety of programming throughout Prince Arthur’s Landing until 11:00pm when the night finishes with a spectacular fireworks show. The OPG Community Stage, Porter Family Stage, Taiji Circle Stage, BBAC Waterfront Stage, and the Spirit Garden Stage and the will host a variety of performers in a line-up that includes top-notch local artists who are guaranteed to entertain all ages. Three time JUNO Award nominees and Billboard charting band Sultans of String, Chris McKhool’s FiddleFire!, and local band The Honest Heart Collective.

Throughout Marina Park, you will find performances and demonstrations by community groups and activities such as a Science North’s Super Science, Lakehead Shrine Club’s Shrine Train, Eclectic Skateboard Shop’s 6 Birthday Bash, and Sleeping Giant Exotics. Other activities for the whole family include balloon animals, face painting, inflatable play structures and games. Don’t forget your bathing suit so you can cool off and play at the Splash Pad.

Admission to the Canada Day celebrations at Prince Arthur’s Landing is free. Free parking is available at the Court Street Parkade (18 N. Court Street) and free shuttle buses will be running from the Intercity Mall and the Thunder Bay 55 Plus Centre (400 River Street) from 4:30pm to 12:30am. There is no general public parking in the park on July 1, and no personal fireworks or alcohol permitted on the grounds.