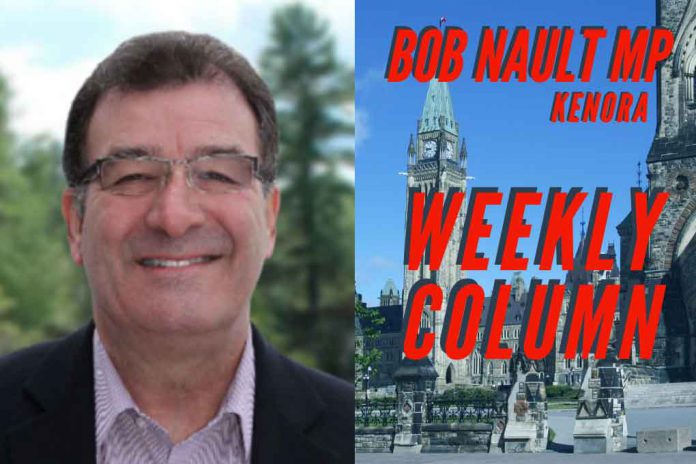 KENORA – With Canada Day fast-approaching and the House of Commons now in recess, it is fitting to reflect on some of the accomplishments that make this country such a great place to live. Over the past four years, there has been a significant focus on growing our economy, creating well-paying jobs, and creating an even better country that we live in today for future generations.  We have passed legislation to improve the quality of life in Canada, including helping families with the high cost of raising a family through the Canada Child Benefit (CCB), introducing a national housing strategy, lowering the tax rate for Canadians and small business to one of the lowest in the developed world, passing medical assistance in dying with dignity legislation, and the preservation of Indigenous languages to name a few.

Shortly after taking office, the federal government introduced the new Canada Child Benefit that’s helping nine out of 10 families receive more money every month for groceries, school supplies, and extracurriculars like music lessons. Under the CCB, families received an average payment of $2,300 tax-free more during the first benefit year, when compared to Stephen Harper’s Conservatives. The CCB was then increased to keep up with the rising costs of living, by the first of which was in July 2018—two years ahead of schedule. This coming July, the CCB will increase once again to offset rising costs.

In our riding alone, from 2016 to 2018, families in the Kenora riding raising children have received $147,533,000 (million) from the Canada Child Benefit – that’s more than $70 million per year. To put this more into perspective, we expect that once we receive total payment information for this benefit year, over $200 million will have been paid directly to families in the Kenora riding. Thanks to the CCB, in 2017-18, 7,970 families in our communities will have received an average yearly payment of $9,270. This will help 16,270 children.

We also implemented a National Housing Strategy (NHS) to address the needs of Canadians. We are investing in emergency shelters and supportive housing unit to making rentals and homeownership more affordable to Canadians. In Canada, rental housing is an important option for approximately 30% of Canadians. To help increase the supply of housing and make it more affordable to Canadians, the NHS will deliver up to 100,000 new housing units. It will also reduce or eliminate the lack of housing for 530,000 Canadian households, while reducing long-term homelessness by 50%, over the next decade.

In 2015, the Supreme Court of Canada unanimously decided that Canadians suffering intolerably, have the right to request assistance to end their suffering. I understand that this issue is difficult and deeply personal; it is wrapped up in personal beliefs and life experience. In June 2016, the Parliament of Canada passed federal legislation that allows eligible Canadian adults to request medical assistance in dying. This legislation is the best approach to ensure that terminally ill patients who are suffering unbearable pain have the choice of a peaceful passing, but at the same time, the legislation has put in place strict guidelines to ensure that the vulnerable are protected and fully aware of their choices.

More recently, in October 2018, we delivered on our promise to legalize, strictly regulate and restrict access to cannabis, in order to help keep it out of the hands of youth, and unlawful profits away from criminals. Since then, over 170 producers have been licensed to legally sell cannabis. To protect youth and all Canadians, $274 million has been invested to support law enforcement including: $113.5 million to ensure that organized crime is kept out of the legal system and prevent the cross-border transport of cannabis.

A truly proud milestone which impacts our region more than most: on February 5, 2019, our government introduced Bill C-91, the Indigenous Languages Act, which was co­developed with First Nations, Metis and Inuit partners, to ensure that the Government of Canada provides stable, adequate and long-term funding for Indigenous Languages. This legislation will provide much-needed support to Indigenous communities in various stages of work to reclaim, revitalize, maintain and strengthen their languages.

These are only a few highlights of the national accomplishments we can all be proud of. These achievements open a new world of possibilities and opportunities for Canadians across the country. We are better as a community, region, and country when we all work together for a better future for all Canadians.

I’m proud of the work we have done so far, while I know very well that there is much more to do.