“I believe we are the first in Ontario to test this new fertilizer product on canola,” said Dr. Tarlok Sahota, Director of Lakehead University’s Agricultural Research Station (LUARS). 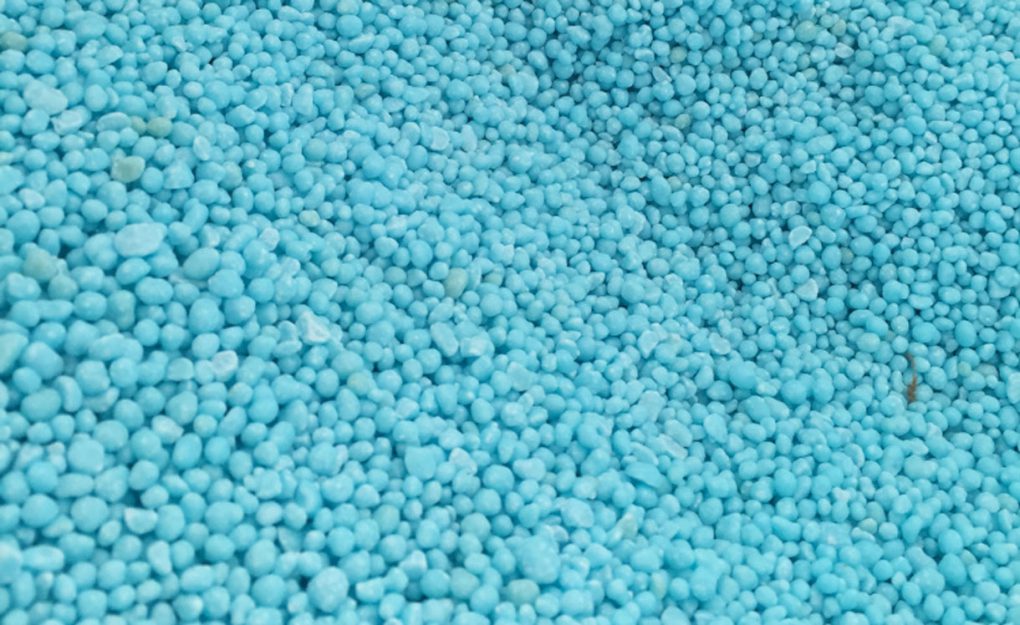 SuperU® is a slow-release fertilizer that has a beautiful blue colour. As compared to normal urea fertilizer that breaks down quickly into the soil, releasing all its nitrogen at once that is liable to losses (volatilization, leaching and denitrification) because the crop requirements for nitrogen at the initial stages of crop growth are low.

SuperU® releases nitrogen slowly into the soil to overcome losses of nitrogen, which is the lead nutrient for crop production around the world. The nitrogen loss minimization in SuperU® is achieved by using urease and nitrification inhibitors – Dicyandiamide and N-(n-butyl) thiophosphoric triamide. SuperU® is an N-TEGRATION ™ Technology, which means the power to protect nitrogen is uniformly integrated within every single granule.

Research conducted elsewhere has shown that SuperU® could enhance nitrogen efficiency and optimize crop yields. LUARS will be comparing SuperU® with urea and combinations of urea and ESN and will also be trying combinations of SuperU® and ESN at 90, 180, 270 and 360 kg N application per hectare.

Lakehead University’s Agricultural Research Station has often taken the initiative to test new fertilizer products or the fertilizers that were not used by area producers. In 2004, the research station initiated research on ammonium sulphate that contains two prime essential nutrients: nitrogen and sulphur.

Farmers started using it in 2005. In 2006, the research station was the first agricultural research facility in Ontario to test Environmentally Smart Nitrogen (ESN), a polymer coated slow release urea fertilizer – and Ontario farmers started using it in 2009. In the Thunder Bay area, its use increased to the extent that the Manager of the Thunder Bay Co-op has been thinking of adding two separate bins for ESN. Both ammonium sulphate and ESN helped increase nitrogen use efficiency and improve crop yields and quality of produce on farms.