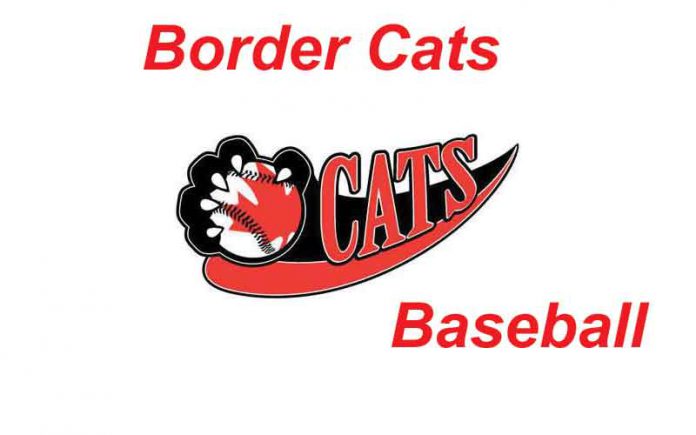 By Lance Jones
THUNDER BAY – SPORTS – Alex Dafoe (Friends U.) controlled the game striking out eight over seven innings and the offence scored early as the Thunder Bay Border Cats won their first game of the season 5-1 over the Rochester Honkers. The Cats and Honkers have split the first two games of a four game series.
The Border Cats loaded the bases in the first, but Ryne Edmondson (Houston Baptist) was kept at bay by Honkers starter Dwayne Marshall (Maryland-Eastern Shore) who struck him out on a fastball.
Marshall was ducking and weaving like a boxer in his three inning start. However, he couldn’t duck the second frame. Alexander Hernandez (Nova Southeastern) and Bryce Jorgenson (Minnesota-Crookston) hit a single and double respectively to lead off the inning. Nate Soriano notched an RBI on a groundout. Karsten Vasquez (Sacramento City) hit a sharp looping liner into right field which plopped out of the glove of Aaron Simmons (UW-Stevens Point) like a scoop of ice cream falling out of a cone. It was one of two errors committed by the great Honkers defense. They had committed all of four errors in their previous seven games.
Soriano would a get another opportunity in the third with the bases loaded and two out, however Marshall got him to fly out on a line drive into right which Simmons made more routinely. Marshall (0-1) would take the loss in his start allowing two runs, one earned on two strikeouts and three walks.
With the Border Cats up 2-0 and Marshall up to 65 pitches through thee innings, the Honkers would turn to the bullpen. Honker reliever Landon Anderson (Cal State-Fullerton) got a quick two outs to start the fourth before the Thunder Bay offense put the thunder back in the inning. Back to back base hits and a walk loaded the bases. Edmondson, with a chance to redeem his earlier strikeout, made the most of it singling into left to plate Tyson Fisher (Dixie State) and Jakob Newton (Florida Tech).
Simmons would also make up for the earlier error by hitting a one run single in the sixth to cut the deficit to 4-1. It was the only run Defoe (1-1) let up as he picked up his first win. He spread out five hits and was efficient throwing only 86 pitches on the night. He walked two to go with his eight strikeouts.
Edmondson would notch his third run batted in of the game on a single that plated Jordan Larson in the seventh.
Thunder Bay native DJ DePiero (Bradley U.) struck out four and retired all six batters he faced in the eighth and ninth to seal up the victory.
These two teams continue the series on Wednesday night starting at 7:05pm. It is Weenie Wednesday, with $1 hot dogs available throughout the night.