Home Health The Senate at its best – and worst – in the fight... 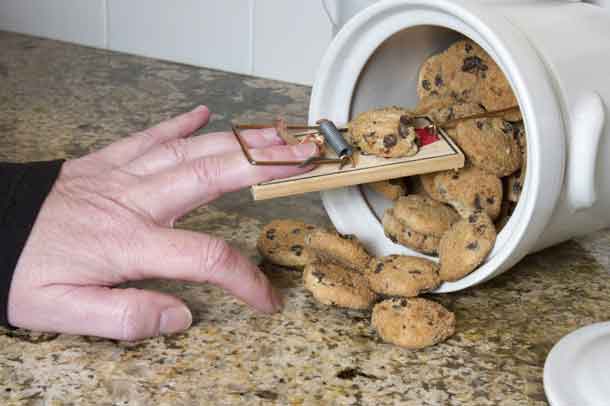 OTTAWA – HEALTH – The crops grown by Canadian farmers and the livestock they raise are of the highest quality. In many cases, however, when these healthy foods are industrially processed, harmful amounts of salt, sugar and saturated fat are added.

Consumption of excessive quantities of these nutrients of concern is known to contribute to high blood pressure, cardiovascular disease, Type 2 diabetes and some cancers.

Diets high in salt, sugar and saturated fat are the second leading risk for death (after smoking) in Canada and cost the economy more than $26 billion annually.

While deaths from nutrition-related diseases primarily occur in adulthood, the risk associated with unhealthy eating behaviours begins in childhood.

Over 30 percent of children in Canada are either overweight or obese. This is due primarily to our food environment, which is dominated by highly processed foods. These children have double the rates of high blood pressure, elevated blood lipids and glucose intolerance compared to their healthy-weight peers.

Why are so many children in Canada eating foods that are harming their health?

One reason is marketing. The food and beverage industry spends $1.1 billion on marketing each year. They focus on kids who they know will pester their parents to buy the products they want. A recent study shows that kids ages two to 11 see approximately 25 million food and drink ads a year on their top 10 favourite websites. And 90 percent of the foods and beverages marketed to them are high in salt, sugar and saturated fat.

Their parents – and nearly every health-oriented organization in Canada – want this fixed. According to a recent poll, 82 percent of adults in Canada support restricting industry from marketing food and drinks that are high in sugar, sodium and saturated fats to children 12 and under. Additionally, 71 percent believe the industry has an unfair advantage over parents when it comes to influencing children’s eating and drinking habits.

That brings us to Bill S-228. The Senate of Canada has before it a landmark piece of legislation, Bill S-228, which will restrict marketing these products to children. Bill S-228 is consistent with the Liberal government’s policy platform and Prime Minister Justin Trudeau’s mandate letters to the minister of Health that outlined the need to introduce “new restrictions on the commercial marketing of unhealthy food and beverages to children.”

Bill S-228 is a private member’s bill introduced by retired Conservative Senator Nancy Greene Raine. It arose from the Senate’s study and resultant report, Obesity in Canada. Bill S-228 has been amended by the House of Commons to make it more resistant to legal challenge and has been passed back to the Senate for the final vote.
The bill is a perfect example of how a non-partisan Senate can use its plentiful resources to study a problem, propose solutions and then introduce strong legislation that supports the government’s mandate. This is the Senate at its best.

Not surprisingly, Bill S-228 faces fierce opposition from the food industry. Lobbyists have had unfettered access to many senators, who have been persuaded to delay the vote and potentially kill under the rhetoric that they must either send it to committee for more study or amend the wording.

In defiance of the government’s mandate, as well as the House of Commons, which overwhelmingly passed Bill S-228, the bill now appears indefinitely delayed in the Senate. This is the Senate at its worst.
The Senate has the choice of protecting the health of our children by passing Bill S-228 in a timely manner or protecting the interests of the industry food lobby by continuing to delay its passage. If they do the latter, they will be ignoring the wishes of Canadian parents, thwarting the will of the House of Commons and rejecting the advice of health experts.

At the Stop Marketing to Kids Coalition, we sincerely hope senators make the right choice – and soon.

Tom Warshawski, MD, is the chair of the Childhood Obesity Foundation and Yves Savoie is CEO of Heart & Stroke. The Stop Marketing to Kids (Stop M2K) Coalition, founded by Heart & Stroke in collaboration with the Childhood Obesity Foundation, is supported by over 120 Canadian organizations and individuals, including Canadian Cancer Society and Diabetes Canada.