CHARLOTTETOWN – SPORTS – The Alberta Pandas have been named women’s hockey tournament favourites in the lead-up to an action-packed weekend of #CHAMPSZN.

The 2019 U SPORTS Women’s Hockey Championship, hosted by the UPEI Panthers in Charlottetown kicks off on Thursday at MacLauchlan Arena and concludes next Sunday with the gold-medal final at 3 p.m. ET / 12 p.m. PT. All games live-streamed at USPORTS.LIVE 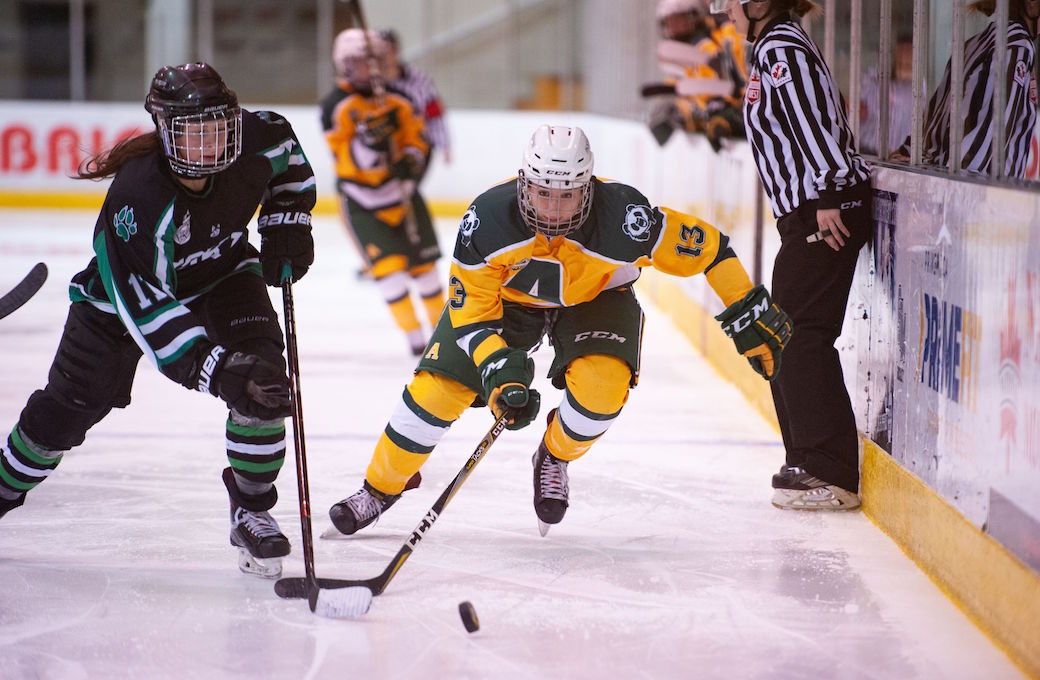 After finishing one of the most dominant seasons in Canada West history, the Alberta Pandas head to PEI looking for a record ninth U SPORTS Championship.

The Pandas finished the regular season with 23 wins, tied for the most in conference history. They also set records for most shutouts, with 13, and the lowest goals against average at 0.84. The Pandas also completed a perfect playoff run, going 4-0 to claim their first conference title since 2015, and record 13th overall.

Leading the Pandas was fourth-year forward and conference Player of the Year Alex Poznikoff. Her 37 points were the most in Canada West and U SPORTS, and a career-high for the Panda winger.

Defensively, the Pandas successfully rotated three goalies all season, with third-year Kirsten Chamberlin leading the conference with an 11-0-0 record and six shutouts. 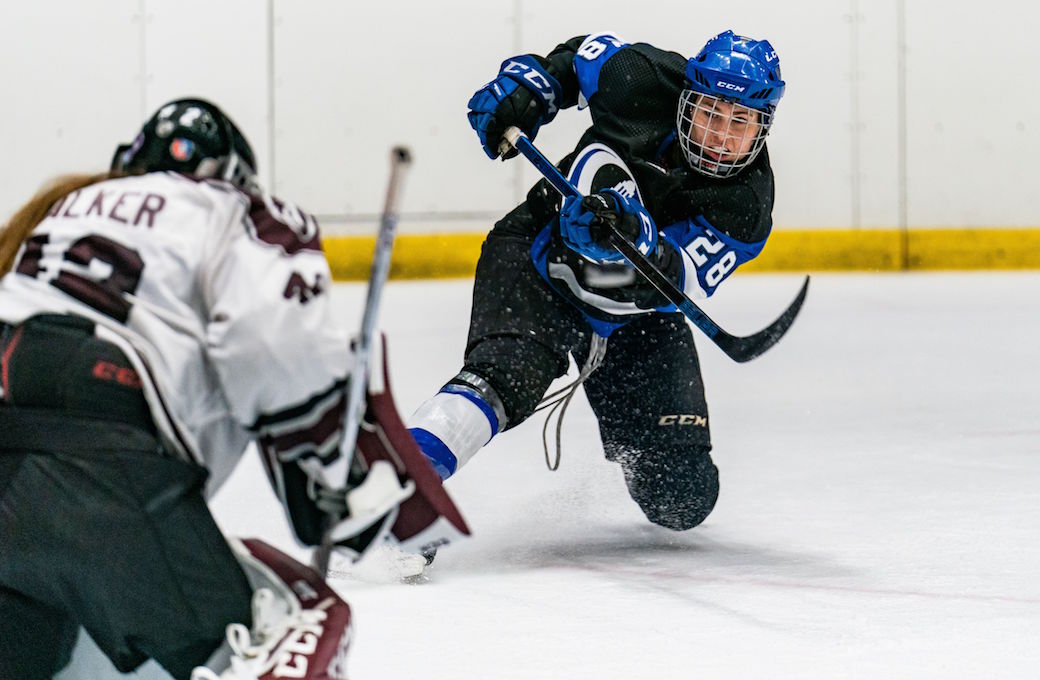 The Carabins had a fantastic year, clinching their third regular-season title in the program’s history. Sniper Jessica Cormier once again made a significant contribution to the team’s success. Her 11-goal season placed her at the top of the RSEQ scoring race, and for the second year in a row, the administration student (HEC Montréal) was named RSEQ MVP. With the absence of goalkeeper Maude Trevisan, rookie Aube Racine also got a chance to shine. In 16 games, she posted a record of 13-3, with a 1.68 goals-against average and a .929 save percentage. The Carabins will look to capture their third national championship title in program history. 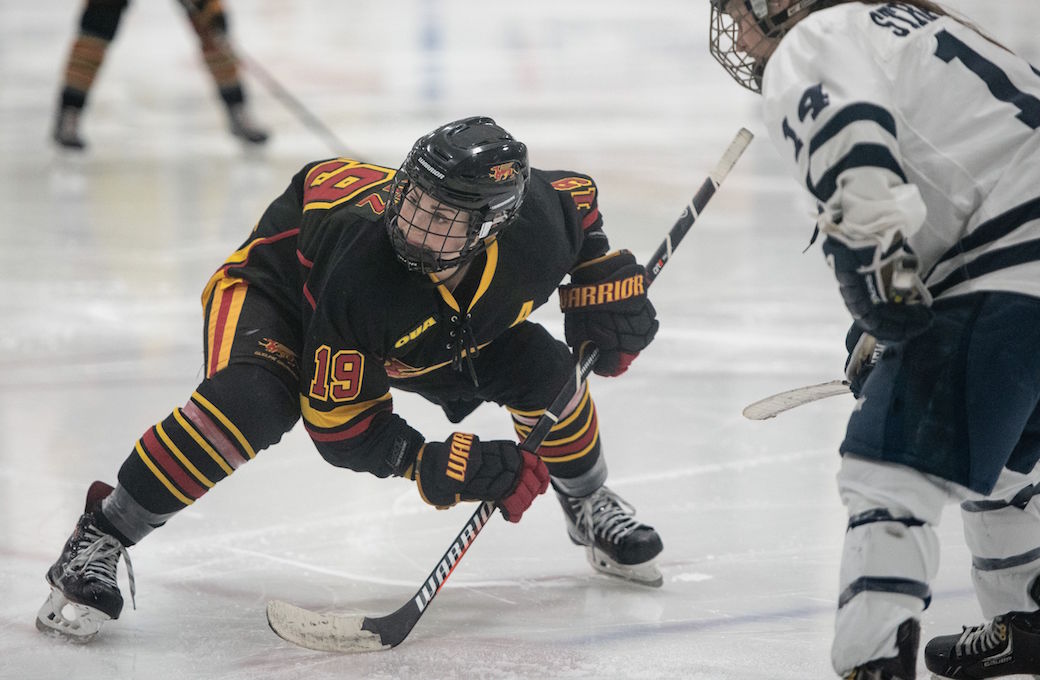 For the fourth time in the last six seasons, the Guelph Gryphons women’s hockey team finished atop the OUA standings, posting a record of 18-3-3. The Gryphons led the OUA in both goals scored (79) as well as allowed the fewest goals against (34). The Gryphons were especially impressive away from home this season, posting an 11-0-1 record, with their lone loss coming in overtime at Western on Feb. 2. 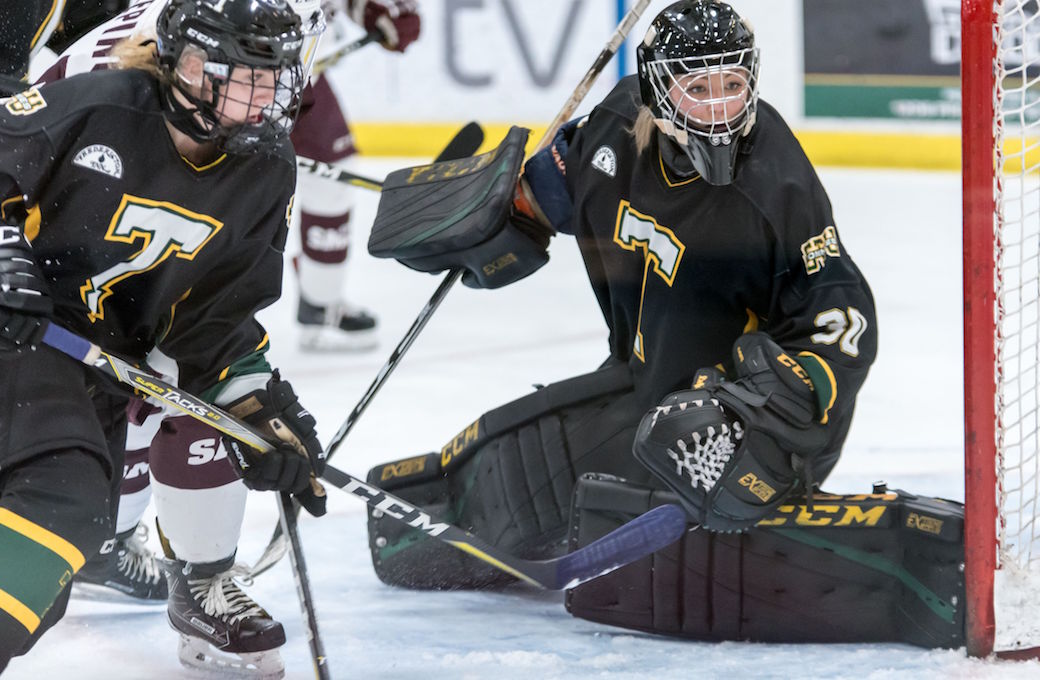 For the first time in the history of the program, the St. Thomas Tommies won the AUS title. The 2018-19 season was highlighted by a 120game winning streak in the heart of the season. The Tommies were led offensively by their top line of Lauren Henman, Emily Oleksuk and Olivia Reid who combined for 39 goals and 88 points in 28 games. Goaltender Abby Clarke was sublime between the pipes for STU, finishing in the top two in the AUS in GAA, save percentage and wins. 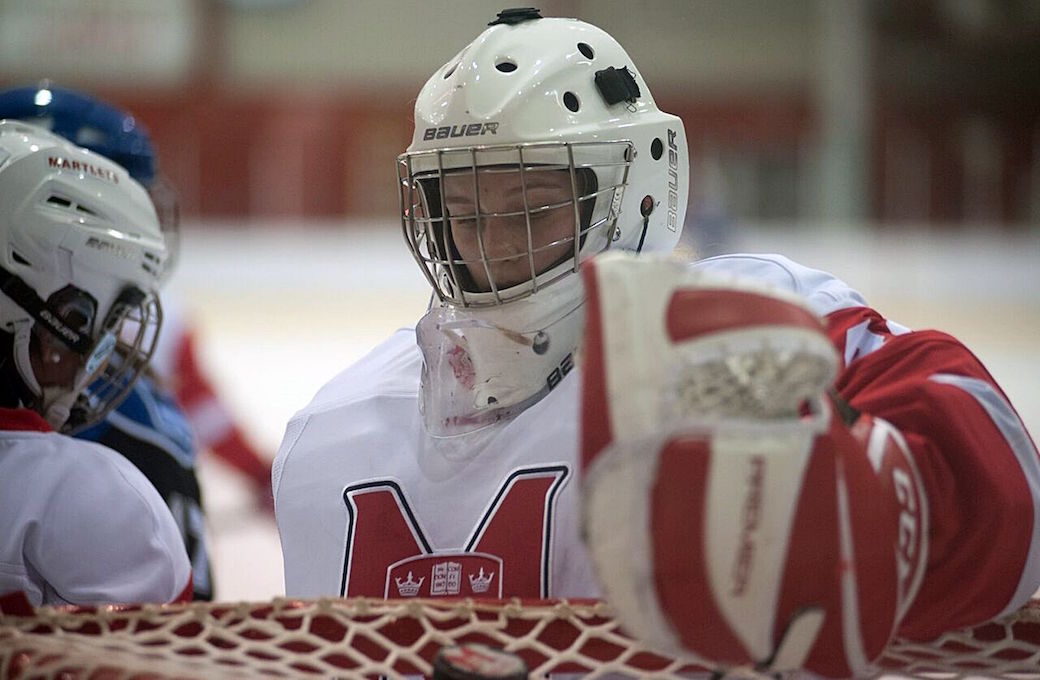 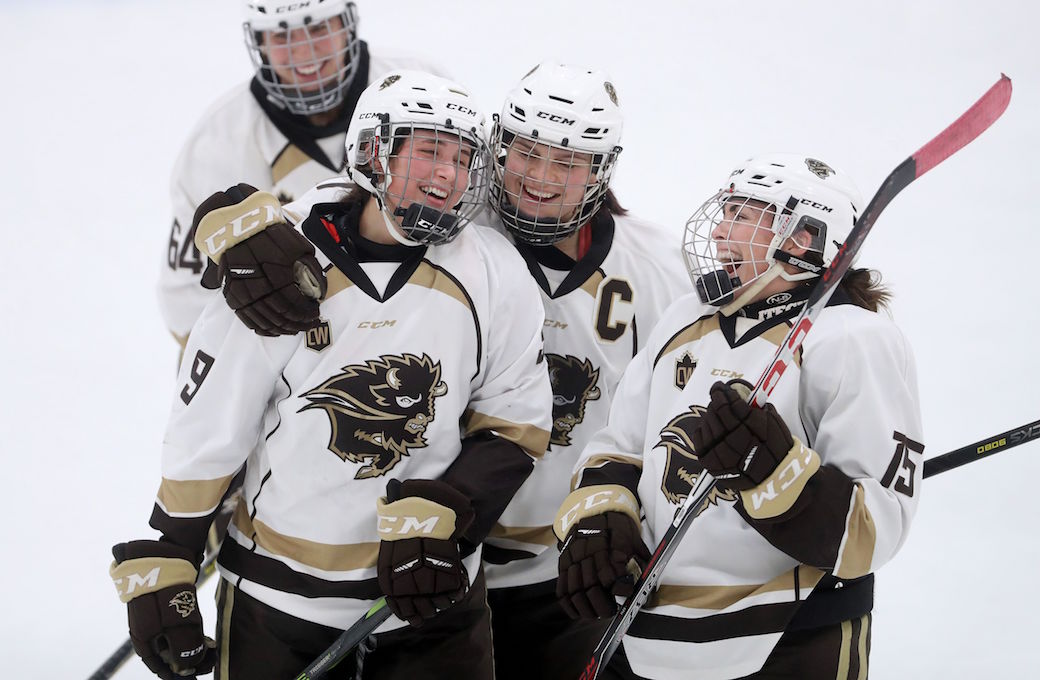 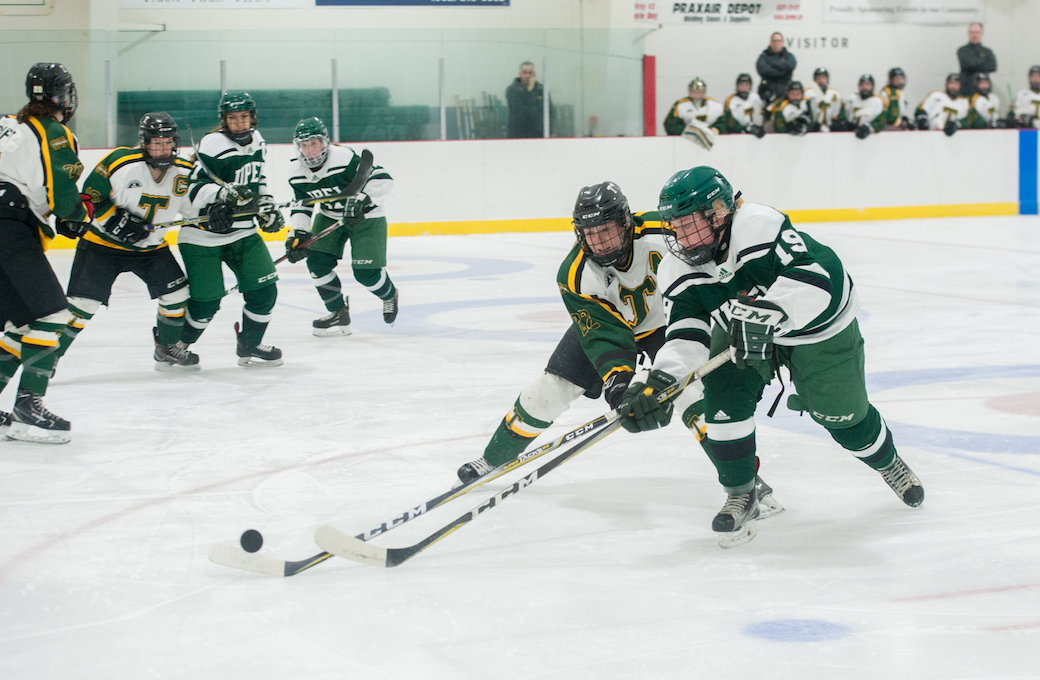 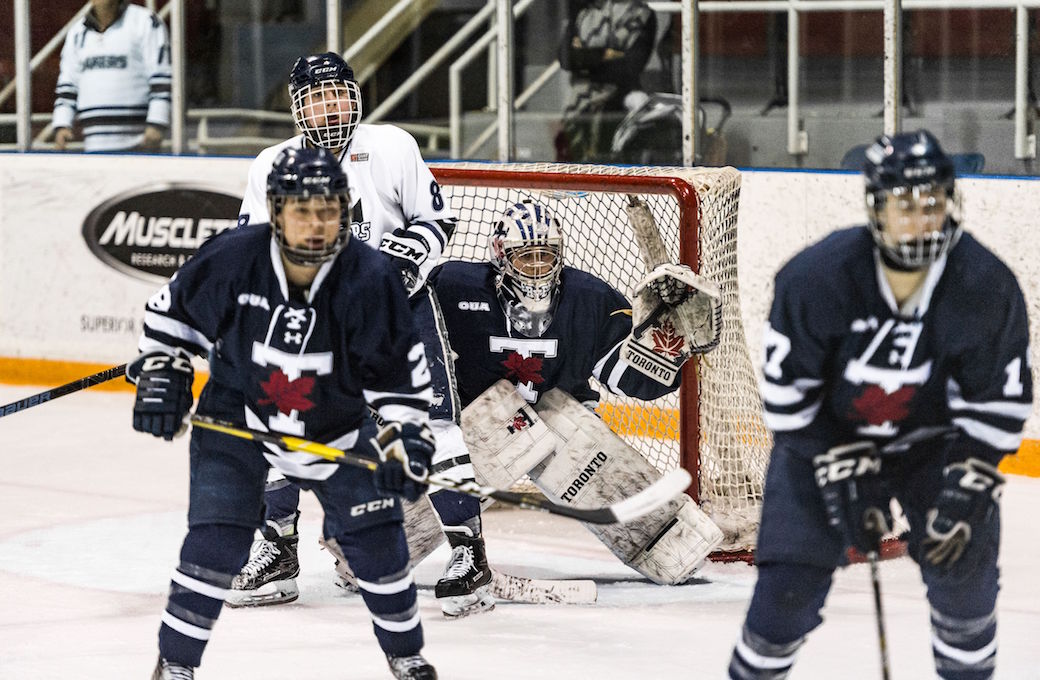 Fifth-year forwards Lauren Straatman and Kassie Roache have led the Blues offensively this season. Straatman, who returns to the team this week after representing Canada at the 2019 FISU Winter Universiade in Krasnoyarsk, Russia, led the team with 15 assists and 23 points through the regular season, while Roache scored a team-high 14 goals during the campaign.