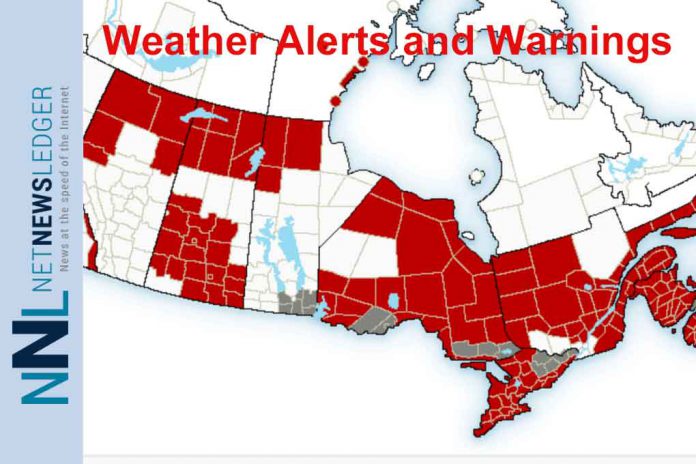 THUNDER BAY – WEATHER – Winter cold and blowing snow are going to impact Northwestern Ontario over the next day or so.

The weather across Southeastern Ontario and into Northern Ontario is likely to impact highways, there is already a list of highway closures in effect to the east of Thunder Bay.

Check 511.ca for the latest road conditions. If you are planning a trip on the highways, ask yourself if that trip is absolutely vital, or if you can consider waiting out the weather.

ROAD CLOSURES: Many road closures throughout the region due to poor weather conditions and water on the roads. Please see below for a full list of closures. ^kw pic.twitter.com/NTPV6e8dxM

Air travel is being Impacted

Flights out of Thunder Bay International Airport are seeing cancellations as of 2:00 pm on February 24 2019.

The coldest wind chill values will be near minus 50 in Kasabonika and Sachigo Lake with northwest winds of 20 to 40 kilometres per hour.

For many of the areas with the Extreme Cold Warnings, there are also Blowing Snow Advisories in effect.