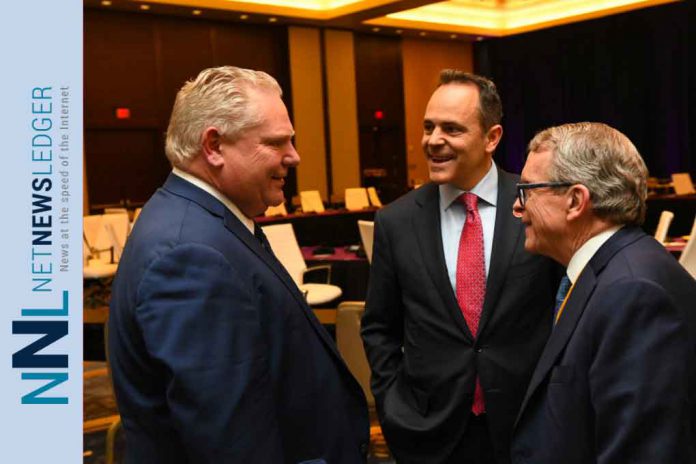 “I’m here in Washington for the people of Ontario,” said Ford. “We’re making Ontario open for business because that means good jobs for people at home. Working with our American partners on shared priorities — from reducing trade barriers to creating and protecting well-paying jobs — is key to making life better for people on both sides of the border.”

“We are making Ontario one of the best places in the world to invest, create jobs and grow a business,” said Ford. “U.S. tariffs on steel and aluminum are damaging the manufacturing sector on both sides of the border and undercutting our competitiveness. This week we’ve taken huge steps towards building strong partnerships with our American counterparts. We will continue working with our allied premiers and governors to boost trade and investment and grow our economies.”