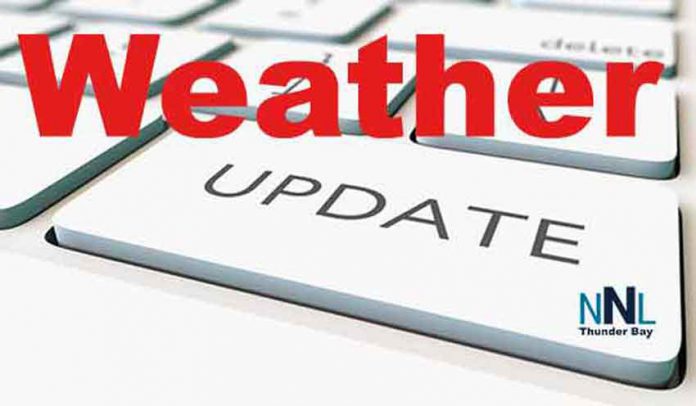 THUNDER BAY – WEATHER – Thunder Bay along with the regions to the east of the city is under a special weather statement issued by Environment Canada. As reported earlier Friday, a winter storm is headed toward the Lake Superior region.

As of 07:00 am this morning, Environment Canada has issued the weather advisories for the north shore of Lake Superior and the City of Thunder Bay.

The weather service says that between 15-25 cm of snow will start by Sunday.

Snow, heavy at times, is expected to begin after midnight Saturday night and taper off late Sunday night. The latest analysis suggests that total snowfall amounts of 15 to 25 cm are likely by Sunday night.

In addition, winds will gradually strengthen on Sunday with gusts to 60 to 80 km/h possible Sunday afternoon through Monday morning resulting in poor visibility in blowing snow.