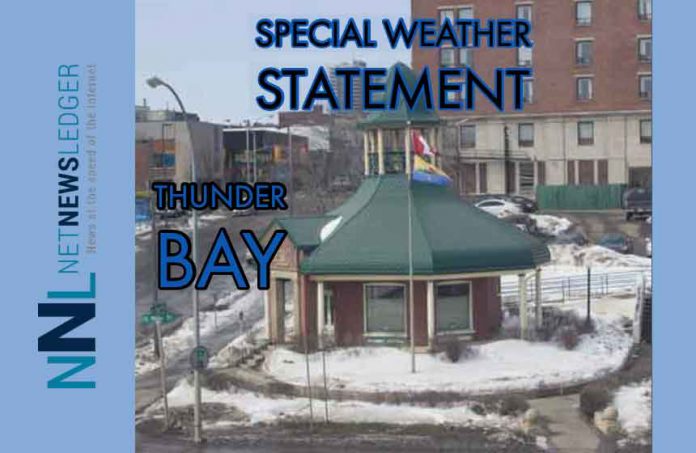 THUNDER BAY – WEATHER – The City of Thunder Bay is under a Special Weather Statement as a Colorado Low is forecast to start delivering snow to the region starting on Sunday night.

Environment Canada has extended the weather alert issued earlier on Saturday for the southern regions of Northwestern Ontario to include the City of Thunder Bay.

The Weather Service states that a “Strong low-pressure system from Colorado will track just south of Lake Superior, spreading snow into Northwestern Ontario Sunday night into Monday. The snow is expected to end Monday night.

This track places Northwestern Ontario near the northern edge of this system.