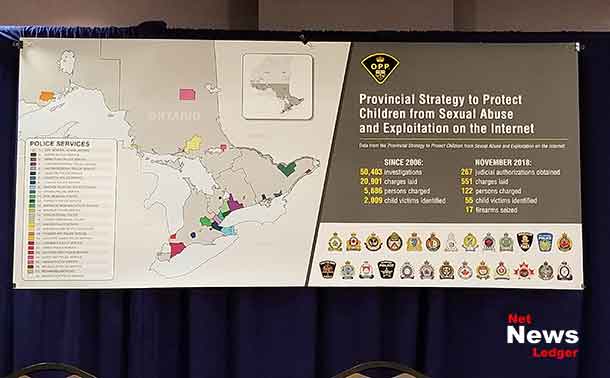 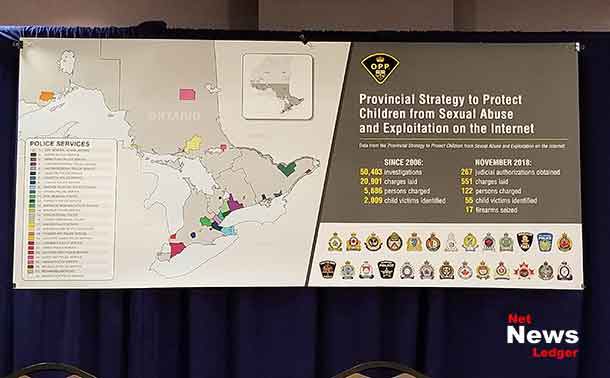 TORONTO – Numerous charges have been laid across Ontario, in what police are calling a snapshot of one month’s worth of work by Internet Child Exploitation Investigators that make up the Provincial Strategy to Protect Children from Sexual Abuse and Exploitation on the Internet.

The list of individuals charged includes two persons from Thunder Bay, along with one from Sioux Lookout and another from Kenora.

“It is our fundamental and moral responsibility to ensure every child grows up safe. On behalf of the OPP, I want to make this message very clear: We will not stand for anyone hurting our kids. We will do everything we can to reduce the threat child predators pose to our children,” state Deputy Commissioner Rick Barnum, OPP Investigation and Support Bureau.

“The investigators of the Provincial Strategy and our partners work tirelessly in one of the most difficult jobs in policing to bring those who would harm our children to justice. We know from experience that working together will allow us to most effectively combat the internet sexual exploitation of children,” says Inspector Tina CHALK, OPP Counter Exploitation and Missing Persons Section.

In addition, 55 victims were identified during the investigations and referred to appropriate community-based resources for assistance. Police also seized a total of 17 firearms three of which were loaded handguns.

Police displayed a video showing 834 unique IP addresses associated with the possession or making available of child sexual abuse material or were present on a suspected child pornography website. These IP addresses were observed over the month of November alone. Police describe these numbers as the “tip of the iceberg” in relation to online child sexual exploitation in Ontario.

From its inception in August 2006, the entire Provincial Strategy has completed 50,403 investigations and laid 20,901 charges against 5,686 people. During that period, 2,009 child victims have been identified in Ontario and beyond.

A list of arrested persons, their municipality of residence and their respective charges have been appended to this media release. The investigation continues and additional arrests are pending.

“Perpetrators of online sexual exploitation often minimize their actions by saying they were ‘just looking.’ Let me be clear: Anyone who possesses, distributes, accesses or otherwise supports the supply and demand chain for child sexual abuse images are complicit in the sexual exploitation of children,” comments Staff Sergeant Sharon Hanlon, Coordinator of the Provincial Strategy to Protect Children from Sexual Abuse and Exploitation on the Internet.