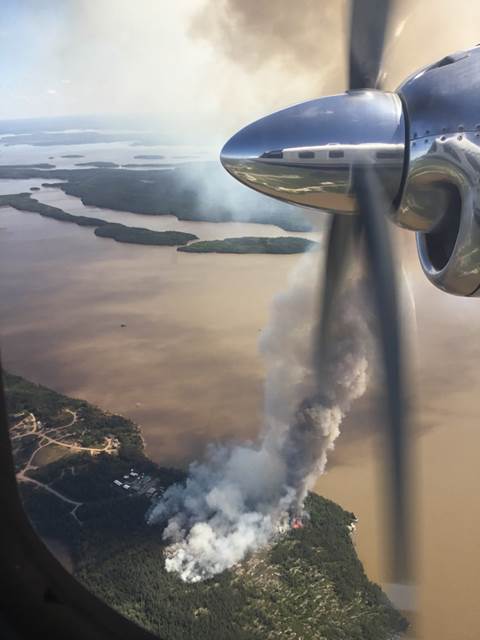 THUNDER BAY – WILDFIRE UPDATE – There were four new fires confirmed in the Northwest Region by the early evening of Aug. 5.

At the time of this report, there were 85 active fives in the Northwest region. Ten of those fires are not under control, seven fires are being held, five are under control and 63 are under observation.

Unsettled weather has reduced the fire hazard to low in the Kenora, Red Lake, and most of the Thunder Bay District. The fire hazard is moderate to high in the Dryden, Fort Frances, Sioux Lookout and Nipigon Districts with the exception of the far north which is predominantly under a low hazard.

Rainfall was variable across the region despite depositing some impressive numbers in various locales. The far north community of Webequie recorded 40mm of rain overnight. Excellent precipitation numbers (31.7mm) were also recorded at Separation Narrows near Kenora Fire 71 where over 150 personnel are working on the fire line.

Out of Province Resources in the Northwest
The Northwest is currently playing host to firefighting personnel from neighbouring provinces and the Great Lakes States.