Home Business Will Trump’s protectionism be the making of Canada? 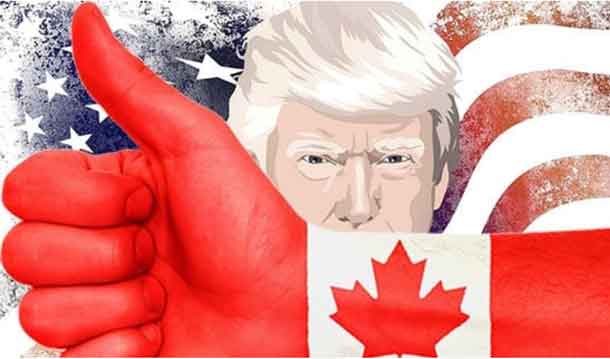 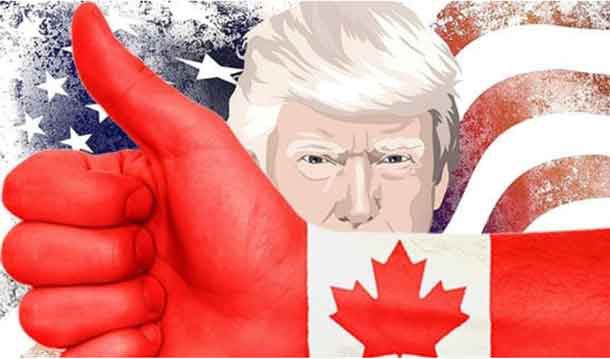 By blowing up NAFTA, Trump would be forcing Canada to take control of its future once again and commit to building common bonds to preserve our nation’s integrity

CALGARY – OPINION – It’s ironic that U.S. President Donald Trump’s madcap protectionism might do more for Canadian unity than our timid political leaders have accomplished in decades.

Ever since the first Canada-United States trade deal in 1988, which started the process of continental economic integration, we Canadians have slowly been distancing ourselves from one another.

Worse, we haven’t really benefited from these deals. According to Toronto Star columnist Thomas Walkom, the North American Free Trade Agreement (NAFTA) is a charade and certainly a bad deal for Canada. Ontario, in particular, has seen its secondary manufacturing industry deliberately dismantled in an effort to integrate into a continental market manipulated by global interests.

In agreeing to NAFTA, Mexico and Canada have exchanged control over their economic and political destinies for the myth of ‘free’ access to the United States market.

Furthermore, the NAFTA-inspired dumbing down of the economy reaches well beyond manufacturing. In Alberta, we once had a Peter Lougheed-inspired plan to build secondary industries in key sectors of our economy, like oil and gas, timber and agriculture. Today, we seem incapable of building domestic refineries or even upgrading our raw bitumen.

Moreover, we blindly pipeline almost all our conventional crude to markets deliberately structured by U.S. refining interests for oversupply. No surprise, we’re selling our domestic crude at well below world prices. Needless to say, the same market dynamics apply in timber and agriculture.

Despite widespread opinion to the contrary, the right to trade freely in Canada is (technically) guaranteed in our Constitution.

The right to the free movement of goods in Canada is established in Section 121 of the Constitution, which states: “All articles of the growth, produce, or manufacture of any one of the provinces shall, from and after the union, be admitted free into each of the other provinces.”

Regrettably, in its recent ruling Regina versus Gerard Comeau, the Supreme Court of Canada disagreed with this clear and unambiguous statement. Through its daft ruling, it has reinforced narrow-minded protectionism in Canada.

The court maintained that a province’s (in this case, New Brunswick’s) desire to control the supply and demand for liquor trumps (pun intended) Canadian individuals’ rights and the letter and spirit of our Constitution.

Mind you, the letter and spirit of our Constitution come from another time and place; in those far-off days, we cared about Canadian unity and were committed to building common bonds that would preserve our nation’s integrity.

This ruling is a divisive precedent that must be overturned if we’re to reverse decades of balkanization in Canada.

As a result of our deepening north-south dependencies, Canadians have allowed dangerous forces to unravel the threads of our national fabric. Sadly, we don’t seem to have the capacity, or the will, to control our own future anymore.

If we did, we might, for instance, think it prudent to agree to a national strategy for energy, one that included objectives like the goal of national energy self-sufficiency, affordable power for all Canadians or perhaps a rational transition strategy from carbon-based energy sources toward renewables.

With goals like these in place, we’d be in a position to define the national interest more clearly and decide, for instance, whether to build the Trans Mountain pipeline. We might, on reflection, opt to upgrade and refine our oil and gas in Canada, or build the Energy East pipeline, displacing the crude we’re importing from Saudi Arabia and Venezuela with domestic sources.

But nation-building exercises like this take political leadership and vision. Any political leader today who employed the terms energy and strategy in the same sentence would risk being crucified.

Say what you like about former prime minister Pierre Trudeau, but at least he had the guts to tackle big issues like this.

Regrettably, leaders today don’t lead. They follow. And in the absence of courage, it will be the country that suffers and not the politicians.

Perhaps we’re fortunate then that Trump is about do the heavy lifting for us by blowing up NAFTA, snatching away our national security blanket.