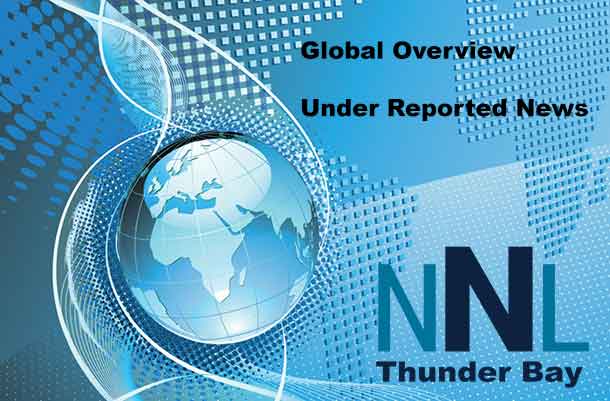 “If animals are saved, families can stay self-sufficient and be better prepared for future disasters”
By Sophie Hares

TEPIC, Mexico – CLIMATE – As Tropical Storm Otto ripped through Costa Rica in November causing devastating floods and landslides, Juan Carlos Murillo Garcia and his team rushed to set up mobile clinics to treat one of the Central American nation’s worst-hit groups – its animals.

In storm-hit areas of the country, teams of veterinarians helped treat thousands of animals for injuries and infections.

“If animals are saved, families can stay self-sufficient and be better prepared for future disasters,” Murillo, himself a vet, said by telephone from Costa Rica.

“Without animals, families lose one of their main sources of income and are often left with no way to rebuild their lives – that is why losing animals can hinder the recovery of entire communities,” he said, soon after treating flood-affected animals in Brazil’s northeast Alagoas state.

Often forgotten amid the chaos, experts say animals are just as vulnerable as humans to death and injury in disasters.

Treating them is not only humane but essential to help the more than 1 billion people around the world who depend on livestock for both income and food.

The U.N. Food and Agriculture Organization says livestock is one of the fastest-growing farming activities, helping support 70 percent of the world’s 880 million rural poor.

But the agriculture sector sustains more than a fifth of disaster-related losses in developing nations.

The first few weeks after a disaster can be the hardest for animals if pasture is flooded, damaged roads cripple supply chains or farmers lack the money to buy feed, said Murillo.

His organisation provides feed, vaccines and medicines to help those it can reach in the immediate aftermath. But it can take poor farmers years to rebuild their herds, while fodder shortages can harm animal health and welfare for some time.

Including animals in Costa Rica’s disaster risk plans has boosted awareness of how protecting livestock can reduce the cost of social support for affected households, said Carlos Valerio Lopez, director of animal health and welfare at the National Commission for Risk Prevention and Emergency Response (CNE).

“As soon as you can give people their livelihoods back, you can get rid of that responsibility, and that’s really important in the recovery of a community or state,” said Valerio, also a vet.

In Latin America, where many countries are threatened by hurricanes, earthquakes, floods, wildfires and volcanic eruptions, farmers should identify evacuation routes for their animals, as well as emergency feed sources such as rented grazing land, said Murillo of World Animal Protection.

Simple techniques like putting animals on rooftops during floods can help save them too, he added.

“To access food for their animals… farmers locate their farms or homes pretty close to high-risk areas like river banks or mountains that can slide down,” said Murillo. “Often they can barely survive day-to-day and do little to prepare.”

Strategies used in the Philippines to dig out underground storm shelters for pigs could also work in hurricane-prone areas such as the Caribbean, said Gerardo Huertas of World Animal Protection, which works with governments, local vets, volunteers and communities in disaster zones.

The organisation is partnering with rescue services to include animals in evacuation plans and developing an online risk management toolkit for vets with advice and case studies, said Huertas.

Experts say disaster strategies should also include evacuation plans for pets, as many owners put themselves or rescue workers in danger by refusing to leave their homes without their animals or by going back to rescue them.

Protecting livestock and working animals is one of the goals set out in the Sendai Framework, the world’s blueprint for dealing with disasters, making it an issue nations must address in their disaster risk reduction strategies by 2020. But few developing states have laid out comprehensive measures to date.

In Latin America, Mexico is one of the few to have included animals in its disaster plans, along with Costa Rica, which was the first to set up an emergency fund for animals in natural disasters and is now sharing its experiences across the region.

“We’re new at this as well,” said Valerio. “Costa Rica has been a laboratory for many things that many countries have wanted to do.”

The Thomson Reuters Foundation is reporting on resilience as part of its work on zilient.org, an online platform building a global network of people interested in resilience, in partnership with the Rockefeller Foundation.