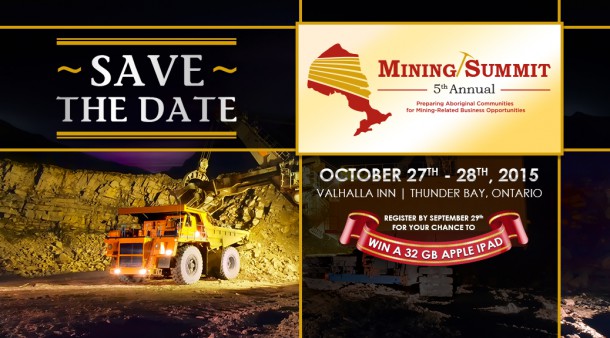 Through this award, Peter is being recognized for his significant contribution to Canada’s mineral exploration and mining industry through his work with companies, government, and Indigenous communities over a career of more than 50 years.  He was nominated by Dr. John Mason, P.Geo. D.Sc. His nomination was supported by Dr. Pete Hollings of the Lakehead University Geology Department and Matawa First Nations Management, amongst many others.

Peter has been working at Matawa First Nations Management as the Mineral Development Information Officer providing perspective and advice on mineral development to the 9 Matawa First Nations on projects such as the Ring of Fire, Hard Rock Mine Project and the Albany Graphite Deposit. He chairs the Matawa Mineral Technical Committee.

Peter is a member of the Biigtgong Nishnaabeg (Ojiways of the Pic River First Nation). In 1964, Peter became one of the first members of his community to succeed in completing a post-secondary education. He began prospecting on his own and also partnering with local team members in the Pic River and Marathon region. He is a fourth-generation family member connected to exploration and mining, dating back to his great-grandfather Peekoongay in 1860. He learned from his father Alphonse, and his grandfather Peter Moses Sr.

Peter is credited with many industry option agreements and has provided prospector training, staking and geoscience (exploration) information workshops to 123 of the 134 First Nation communities in Ontario, as well as the Métis Nation of Ontario using curriculum that he developed with the support of industry associations. He has certified over 1200 Aboriginal participants taking the prospecting course. He is currently a member of a number of industry and academic associations across Canada.

The Skookum Jim Award is named after James Mason (1859 or 1860 – July 11, 1916), a member of the Tagish First Nation in the Yukon who carried the traditional name Keish. He assisted in the upper Yukon explorations and is cocredited with making the gold discovery at Discovery Claim that led to the Klondike Gold Rush.

“Having an Indigenous person with the kind of mining and exploration experience that Peter Moses has gained over the past 50 years has been instrumental to our Peoples of the Land, especially with respect to the Ring of Fire project. The four generations of knowledge, spanning over 150 years starting with his great-grandfather Peekoongay, has been something our Peoples have respected and valued.  We look forward to Peter’s continuing work in bringing these teachings to our young people in the Matawa schools and communities. On behalf of the Matawa First Nations—we honour Peter’s father, grandfather and great-grandfather as he receives the 2017 Skookum Jim Award,” says David Paul Achneepineskum – CEO, Matawa First Nations Management.

“Throughout Peter’s career as an experienced prospector and educator, he has fostered strong relationships between the mineral industry and indigenous peoples. Therefore, it was not a surprise when 18 letters of support came forward for Peter’s nomination for the Skookum Jim Mason Award!  Congratulations Peter!!”, said John Mason, Project Manager – Mining Services, Thunder Bay CEDC.